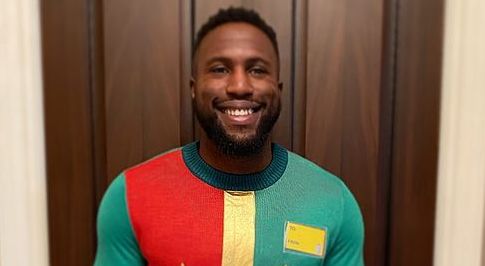 A Black player for the United States men’s national soccer team (USMNT) has had enough with criticism from a white ESPN analyst and took to Twitter to express his disgust with him.

Taylor Twellman has critiqued the US Men’s Soccer team for missing the last four World Cups and he put them on blast via his Twitter account last week.

I have one question for @ussoccer

What does the scoreboard say?! 🤔#USMNT pic.twitter.com/NaHMLIxUn1

Taylor twellman national team career was laughable. Beasley should be that analyst or a Mia Hamm. Twellman need to be on extra time radio with Bobby warshaw. He a white boy with connects. Stop giving him a platform. https://t.co/P5n7MRF77a

People like Twellman telling millions I’m this I’m that. Didn’t live up to this or that. I’m a hero Taylor to young black kings that want to play soccer. Kids in Haiti and Caribbean. You don’t define success for me. You weren’t half of me. No more free takes.

That’s fine. My problem is this. I’m not Messi or the best to ever do it. For USA or anyone. But Im sure as hell not a failure! I thrived in a game where it’s hard for kids that look like me to thrive in the US. We don’t promote the positive side. Only negative. https://t.co/S3jZZmBxLV

After getting wind of Altidore’s statement, Twellman encourages others to donate to Altidore’s organization, The Jozy Altidore Foundation.

No matter what we do on the field, it’s what we do off the field that is most important as athletes. What @JozyAltidore is doing with his @JAFoundation especially in 🇭🇹 is changing lives.

Join me in supporting his cause. https://t.co/6Kr02QhSap

To which the soccer player responds:

Your money can’t fix this “big, strong, powerful” issue. Acknowledge it and be better. I don’t want nor need your charity. https://t.co/ehqCT3VTGg