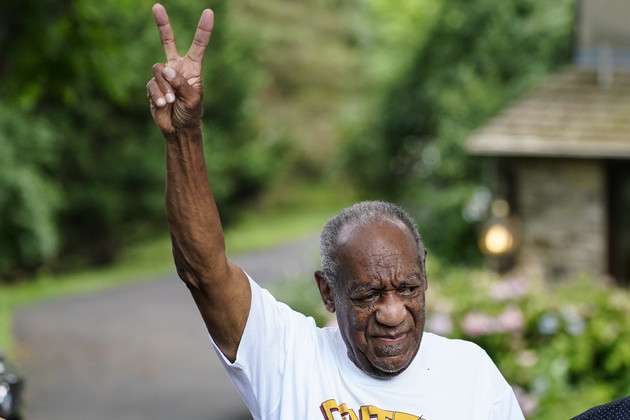 In response to prosecutors’ request to review the decision that freed comedian Bill Cosby from prison, the U.S. Supreme Court declined.

On Monday, the high court announced it would not review Cosby’s sexual assault case decision that ultimately released him from prison in June, the Associated Press reports.

On behalf of Cosby and his family, a spokesperson thanked the justices for the court’s announcement and said that the actor was “swindled” by “a reprehensible bait and switch” from the prosecutor and the trial judge in the case, as per AP.

“This is truly a victory for Mr. Cosby, but it shows that cheating will never get you far in life, and the corruption that lies within Montgomery County District’s Attorney Office has been brought to the center stage of the world,” spokesperson Andrew Wyatt continued.

In 2018, Cosby was convicted of the sexual assault of former Temple University employee Andrea Constand. Cosby has maintained that they were involved consensually.

Wyatt brings attention to when former Montgomery County D.A. Bruce Castor, who was investigating Constrand’s claim in 2005, declined to prosecute in exchange for his civil disposition and announced the decision in a press release. Despite this, current Montgomery County, Pennsylvania, District Attorney Kevin Steele still pursued the case when the previous agreement should have prevented Cosby from ever being charged.

“Unable to invoke any right not to testify in the civil proceedings, Cosby relied upon the district attorney’s declination and proceeded to provide four sworn depositions,” Judge David Wecht wrote in the majority opinion DEADLINE reports.

On the other hand, Steele argues that there’s no written or verbal evidence that Cosby had a legally binding agreement to prevent him from being prosecuted.

He added, “All crime victims deserve to be heard, treated with respect, and be supported through their day in court.”

On June 30, 2021, the Pennsylvania Supreme Court overturned Bill Cosby’s sexual assault conviction after discovering that a non-prosecution agreement had been made.