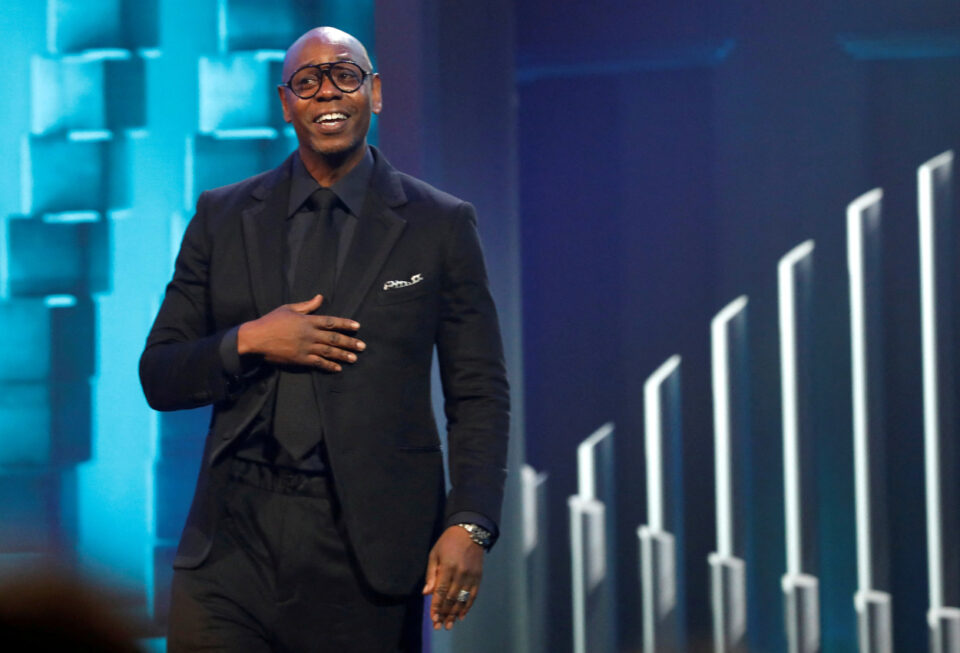 A U.S. venue cancelled Dave Chappelle‘s stand-up show just hours before he was due on stage on Wednesday, after critics lamented the scheduled gig following controversy over the comedian’s jokes about transgender people.

In a statement on its website, First Avenue in Minneapolis, Minn. said Chappelle’s show would be moved to the city’s Varsity Theater, where the U.S. comedian is also due to perform on Thursday and Friday.
First Avenue had announced the Chappelle show earlier this week, was drawing criticism on social media.
Chappelle drew a backlash last year for material in his Netflix comedy special “The Closer” that some in the LGBTQ+ community said ridiculed transgender people. His supporters viewed it as a cry against cancel culture.

“To staff, artists and our community, we hear you and we are sorry. We know we must hold ourselves to the highest standards, and we know we let you down. We are not just a black box with people in it, and we understand that First Avenue is not just a room, but meaningful beyond our walls,” First Avenue said.

“The First Avenue team and you have worked hard to make our venues the safest spaces in the country, and we will continue with that mission. We believe in diverse voices and the freedom of artistic expression, but in honoring that, we lost sight of the impact this would have. We know there are some who will not agree with this decision; you are welcome to send feedback.”

A representative for Chappelle could not immediately be reached for comment.

In May, the Emmy Award winning entertainer was tackled on stage during his show at the Hollywood Bowl in Los Angeles. A 23-year-old man was charged with four misdemeanor counts.