Understanding What Your Attire Says About Your Personal Brand 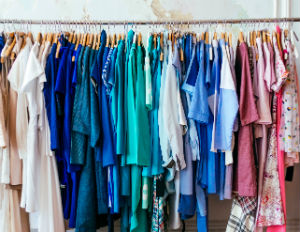 Imagine this: You’re about to pitch your product to a board of investors. They’ve been listening to pitches all day long, but you know you have an incredible idea that the world desperately needs to know about. You’ve practiced in front of the mirror 1,000 times, and you’re full of confidence.

But when you proudly walk into that conference room, the potential investors only look up for a split second before returning their attention to whatever’s happening on their smartphones and laptops. Some may even roll their eyes. Before you even have a chance to deliver your thoughtful pitch, your jeans and hoodie do the talking for you.

As the founder of ASTRSK, a PR agency focused on media relations, brand image, and positioning for startups, I’ve worked with countless entrepreneurs who are attempting to raise money from venture capitalists. Over the years, we’ve discovered that most VCs look more closely at the founder than they do the actual idea being pitched. They want the individual standing in front of them to give off an aura of success.

For startup founders, looking like you’re capable of achieving success in the business world is often as simple as dressing up a bit. Unless you are Mark Zuckerberg, jeans, sandals, and a hoodie with your college logo on it won’t likely bode so well for you. This casual approach has been overly glamorized in the startup world–you’d be hard-pressed to find many VCs or later-stage business leaders who think it’s charming to present yourself this way.

Elliot Tomaeno, founder of Astrsk, which has helped launch more than 200 startups and tech products and has been a part of seven exits.