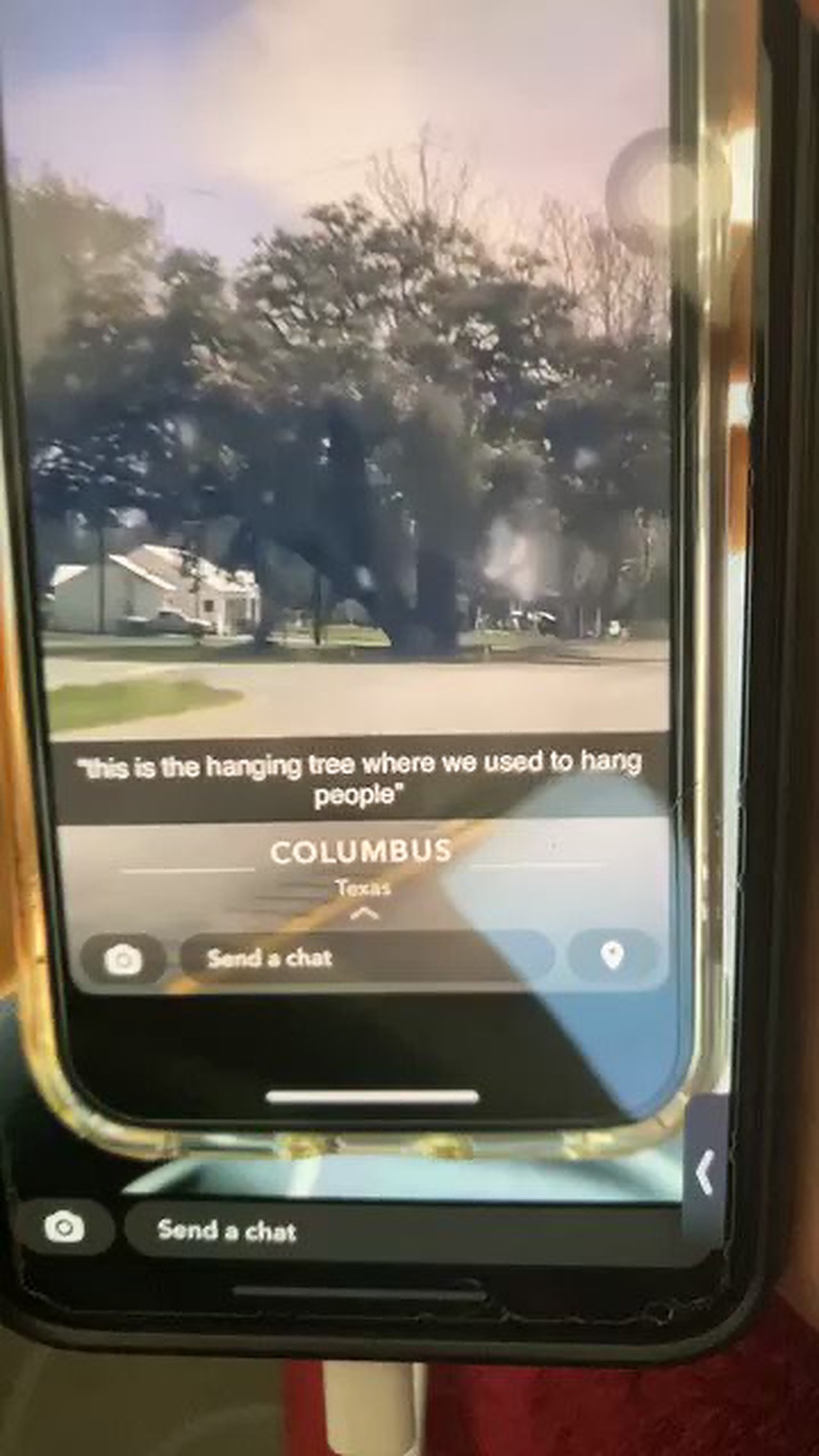 Two volleyball players at the University of Houston sparked outrage after posting a video of them laughing at the 1935 lynching of two Black teenagers.

An anonymous Twitter account reposted a video showing volleyball players Isabel Theut and Abbie Jackson laughing while driving past a tree where the 1935 lynching took place, the Daily Cougar reports. The original video was filmed by freshman volleyball player Ryleigh Whitekettle, who posted it to Snapchat along with a racist caption.

“‘This is the hanging tree where we used to hang people,’” the caption read.

One of the two players is from Columbus, Texas, and drove by a large oak tree where two teenage boys, 15-year-old Ernest Collins and 16-year-old Benny Mitchell, were publicly lynched on Nov. 12, 1935, reports the Equal Justice Initiative. Since the video was reposted on Twitter, it has sparked outrage at the school with one student saying they’re not surprised.

“The way I am treated here at this university is not the best, and I think it does have something to do with skin tone,” the student who asked to remain anonymous said.

“So when I hear about little things like the volleyball (video) and I’m not surprised, but it is disappointing.”

A spokesperson for the school released a statement condemning the racist behavior seen in the video.

“The University is aware of the video, which does not represent our values and is inconsistent with our efforts to foster a diverse, inclusive and respectful environment,” the statement said.

“As the second most diverse public research institution in the country, we encourage constructive and respectful dialogue, cultural awareness, and a spirit of unity.”

“We understand the concerns this has caused. UH follows internal policies as well as all applicable local, state and federal laws when assessing any situation. In accordance with the Family Educational Rights and Privacy Act (FERPA), UH cannot comment on any situation involving specific students.”