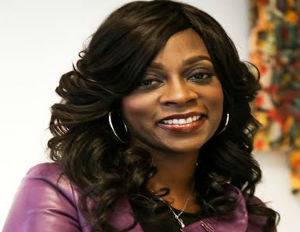 When was the idea of buying the place first floated?

It first came up in 2010, that was when Byron and I talked and the “aha moment.”

Talk a little bit about the early part of your career.

I got a job at an international paper in Wisconsin – as a sales and marketing account executive. I was deemed the “throwaway” girl. I sold the brown part of the post-it notes, Reese’s peanut butter cups, paper that you put in the copiers, even the paper that adheres to plane fuselages, the stuff that people eventually chuck out. The positive part about that was it was a truly great foundation even though it wasn’t sexy.

When did you know that this was the career for you?

My boss came up to me and asked how I was going to sell more paper. Mind you, I’m already selling two tons of paper to three million. So I brainstormed with my marketing executive and we started fleshing out ways to sell more paper and we came up with colors! How about selling them in different colors. That was the pivotal point for me in marketing. I could develop something no one else had thought about while delivering a solution to a client. At that point I was hooked.

I moved to Chicago where I met an amazing gentleman at an ACLU dinner and after a brief conversation he found out I was in marketing and offered me a job at Motorola. His name was David Gutman and he was starting a global brand strategy group for Motorola.

So you turned down the offer?

(Laughs) Oh yeah! No. I joined the global brand strategy group at Motorola working in Libertyville, Illinois and it was the ride of my life. I was there nine years and became truly global. Interestingly, one of my projects was ROKR E1. It was a phone that Motorola had that Apple put 100 songs in and this was actually when they launched the nano. An amazing campaign. It was with Madonna and other artists all shoved into a phone booth. That was me. It was a defining moment.