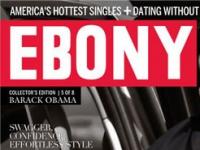 Even before the stock markets began to crash in September, revenue from advertising, circulation, and subscription sales had started to grow scarce in the magazine publishing industry. While many print publications are falling along the wayside, Chicago-based Johnson Publishing Co. decided last week to undergo a reorganization, which will require all current employees, including those working for Ebony and Jet magazines to reapply for their jobs.

“Reshaping our organizational design will help ensure that we continue to evolve with the ever-changing media landscape,â€ said Linda Johnson Rice, chairman & CEO, in a statement.

The changes are being put into place to continue the 67-year-old company’s “long-term success and ensure [its] future as the entire publishing industry navigates the tumultuous economic climate,â€ explained Staci R. Collins Jackson, a spokesperson at Johnson.

Jackson says that Johnson has not “laid offâ€ any employees, and that Bryan Monroe is still employed with Johnson as vice president and editorial director for Ebony and Jet magazines, contrary to reports by other news outlets that his position had been eliminated.

Monroe was recruited by Rice in August of 2007 to provide a creative edge to the two magazines, help update the Website, and increase circulation by targeting a younger audience. Since he started, Ebony has launched a redesigned Website with a more contemporary interface. Prior to Johnson, Monroe worked as an assistant vice president of news at Knight Ridder before it was sold to McClatchy Co.

Circulation at Ebony, a monthly general interest magazine, increased by 3.5%, and circulation at Jet, a weekly news magazine covering entertainment, news and lifestyle stories of interest to African Americans, rose 2.2% through the first half of 2008. Their numbers were slightly better than the industry as a whole, which was flat for the same period, according to Neal Lulofs, senior vice president of communications at the Audit Bureau of Circulations.

On the other hand, year-on-year, ad revenue at Ebony fell by 18.8% and by 40.9% at Jet for the fourth quarter of 2008. Among media targeting ethnic populations, Johnson Publishing, the largest black-owned publishing company, is not alone in trying to survive the economic washout. Revenue decreased at Vibe magazine, an urban music publication, by 15.2%, and by 22.2% at Essence, a fashion, beauty, and lifestyle magazine targeting black women.

“The magazine business has been hit pretty hard by this very severe drop-off in ad revenue and difficulty at newsstands in the past year,â€ says Lucia Moses, a senior editor covering print media at Mediaweek. “Optimists say that year-to-year declines will start to ease in the second half of this year, but let’s face it, nobody really knows. It could get worse before it gets better.â€

Indeed, general market publications are slashing jobs by the hundreds. CondÃ© Nast, publisher of Vanity Fair, The New Yorker, and Vogue, has cut 5% of its work force and has shuttered Domino, a three-year-old home magazine, Time Inc. has let go more than 600 people, and Reader’s Digest purged 8% of its work