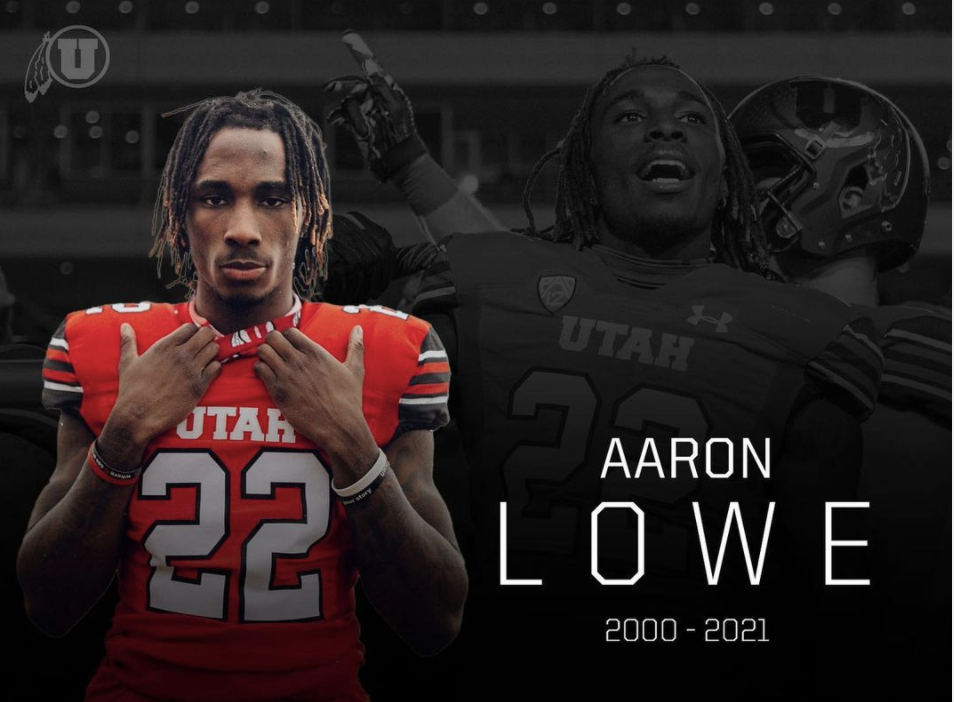 A 22-year-old man has been arrested in connection with the shooting death of 21-year-old University of Utah football star Aaron Lowe.

Police identified the suspect as Buk M. Buk, and he was arrested early Sunday morning in Draper. Buk has been charged with aggravated murder, attempted murder and felony discharge of a firearm, according to a tweet by the Salt Lake City Police Department.

“In a time of need, we turned to our community. We asked people to come forward and to share the information they had. Because of those tips and the unrelenting pursuit of justice from our homicide detectives, we have arrested the person accused of murdering Aaron Lowe. So many lives have been impacted from this senseless shooting. I want to thank the work of our patrol officers, detectives, crime lab technicians, our data analysts, and the professional staff of the Salt Lake City Police Department. Their dedicated work of combing through every lead and every piece of evidence is what led us to this arrest.”

The person accused of murdering @UUtah student Aaron Lowe is in custody!

Our homicide detectives did a remarkable job. They never gave up and pursued every lead to move this investigation forward.

Buk was also implicated in the shooting of the 20-year-old woman who was also at the party. She is still in critical condition.

As previously reported, Lowe was killed at a house party in Salt Lake City on September 26.

The University of Utah had a memorial for the fallen football star on September 30.

The school posted the event on its social media. Coaches and players left endearing messages for Lowe.

“A vigil for Aaron. Thank you to all who showed up last night for A Lowe, and for our Utah Football Family.”