Ursula Burns May Have Been Vice Presidential Running Mate 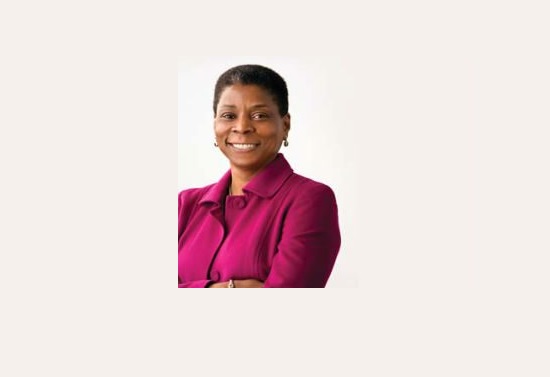 An assumed hacked document from WikiLeaks of Democratic presidential candidate Hillary Clinton’s emails purports that Ursula Burns, the CEO and chairperson of Xerox, was on a list of considerations for Clinton’s vice-presidential running mate.

Burns, the only black woman to head an S&P 500 company, was one name in a described “rough food groupsâ€ of names, according to an alleged email from John Podesta, the chairman of the 2016 Hillary Clinton presidential campaign. Podesta was also chief of staff to President Bill Clinton and counselor to President Barack Obama.

Here is the transcript from Wikileaks and the group of names that includes Burns (https://wikileaks.org/podesta-emails/emailid/15616):

Ok, I can breathe again! Congrats on a fabulous night. I am feeling like it’s possible to get back to the longer-term again. Cheryl and I met with Jim Hamilton on Friday to discuss lawyers who can help do the research and vetting that I outlined in the VP vet memo weÂ  discussed. We also met with Marc Elias to get his input on firms that have already provided substantial volunteer lawyer assistance and to get prepared to execute non-disclosure agreements with anyone we involve in the process. We put together the attached notional teams of “report writersâ€ (confidential profiles/public record vet) and “vettorsâ€ (deep-dive/oppo-book), and want to run it by you before we execute on the list. Let me know if there are people you would like to see added or removed before we begin the process. Cheryl, Robby, Jake, Huma, Jennifer and I also did a first cut of people to consider for VP. I have organized names in rough food groups.

A spokesperson from Xerox told Black Enterprise that the company declines to comment on the matter.

Burns will step away from her role as chief executive officer at Xerox after the company splits into two companies this year–a document technology company, which includes its Document Technology and Document Outsourcing businesses, and a Business Process Outsourcing company.

After the split, Burns will become chairman of the newly formed document technology company. According to a statement released by XEROX, “Ursula’s deep industry experience and relationships along with her proven leadership skills will be valuable assets for the Document Technology company and will help ensure a smooth transition to a new management team,â€ said Ann Reese, Xerox’s lead independent director. “The company will be well-positioned to leverage its global industry leadership, strategic focus and ability to innovate post-separation, and we are very pleased that Ursula will continue to play a critical role in making that happen.â€

Burns will be honored as a Legacy Award recipient at Black Enterprise’s next Women of Power Summit.