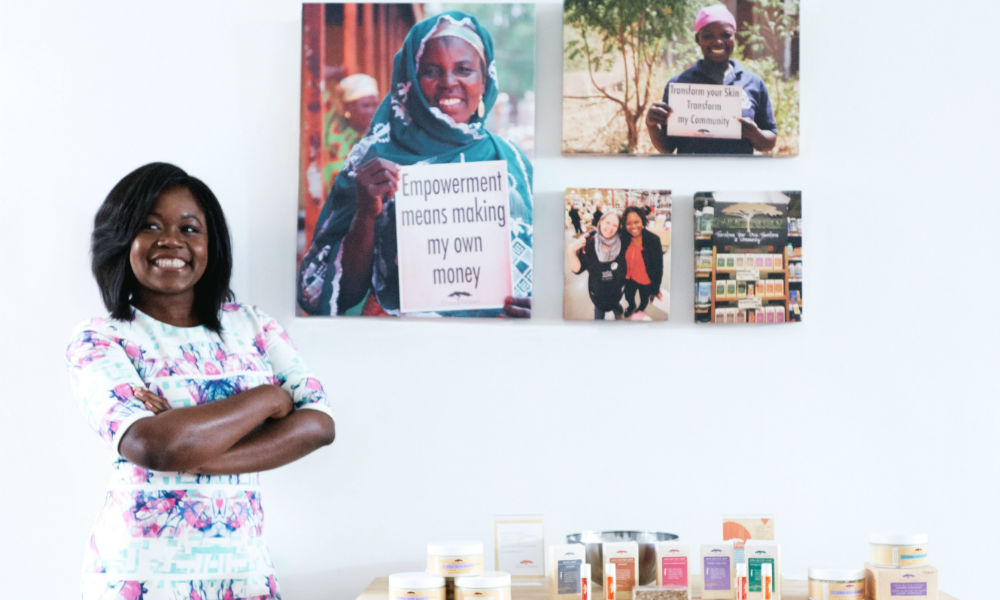 Driven to make lasting social–and commercial–change on a global scale? It turns out the recent U.S.-Africa Business Forum served as an ideal venue to advance that aspiration.

Scores of global CEOs, political leaders, dignitaries, and entrepreneurs gathered at New York’s venerable Plaza Hotel to engage in discussions and deals to boost investment and trade between the United States and African nations. Co-hosted by the US Commerce Dept. and Bloomberg Philanthropies, this much-anticipated sequel offered President Obama the opportunity to share progress made since 2014. He cited, among other initiatives, the successful Trade Africa and Doing Business in Africa programs as evidence that “if you are an African entrepreneur and an American entrepreneur looking for more support, more capital, more technical assistance, there has never been a better time to partner with the United States.â€ In fact, he told attendees deals worth nearly $15 billion had been completed by American and African companies over the past two years, and announced another $9 billion in new transactions in the pipeline.

While acknowledging the need and desire for investors to gain considerable returns, Obama shared this quote from a young Rwandan innovator: “No matter what you’re trying to do, you need the motive in your mind that you want your society to move forward.”

Investors and entrepreneurs can follow that philosophy by transforming local economies. For example, the National Association of Securities Professionals–an organization that includes principals from BE 100s financial services firms–forged a $1.8 million alliance with the US Agency for International Development to promote “financial stability and sustainable economic growthâ€ in sub-Saharan Africa. USAID Administrator Gayle Smith and Donna Sims-Wilson, NASP Chair-Elect and president of Smith, Graham & Co Investment Advisors L.P. (No. 5 on the BE ASSET MANAGERS list with $5.6 billion in assets under management) announced it will send financial professionals to “structure investment transactions and provide advice on development finance for infrastructure.â€ Â Moreover, they will also jointly launch next year a US-Africa Institutional Investor confab within the region.

Another avenue of social impact: Connecting with the US African Development Foundation, which provides grants and technical support to African communities, cooperatives, associations, and grassroots organizations. USADF seeks to create “development models for communities in fragile and post-conflict countries, ethnic and religious minorities, youth, the disabled and nomadic populations.â€

Aysha House, director of external affairs, says of its community-driven efforts: “We take out the middleman as it relates to giving direct development assistance. Our average award is about $130,000 but we can do amazing things with very small amounts of money. We will work with, say, a community of farmers to organize their co-op and then help them organize it into a bankable business.â€

So how can African Americans get involved?

By working with organizations like Africare, an African American nonprofit that has provided African developmental aid for more than 45 years. The organization, House maintains, has been one of USADF’s strongest supporters.

The agency has helped a number of African firms identify and gain sources of expansion capital, which can come from institutions such as the Overseas Private Investment Corporation (OPIC) or African American impact investors and NGOs (non-government organizations). Moreover, business-sustaining linkages can be formed between African companies and African American firms that supply raw materials or other goods and services.

USE YOUR BUSINESS TO CREATE MODELS OF SELF-SUFFICIENCY

From the beginning, Rahama Wright was deliberate in the development of a company that would uplift African communities. She launched Shea Yeleen International Inc. as a “social enterprise” that would create a line of high-quality natural and organic skincare products and, at the same time, create micro enterprises operated by Ghanaian women.

Wright’s story is one of determination and moxie. Spending two years in a small village to build relationships, the former Peace Corps worker used $6,000 of her personal savings to start the business in 2005 and then worked a series of jobs to sustain it. By 2014, perseverance and contacts finally gained a six-figure investment from PanAfrican Investment Co. L.L.C., co-founded by former Citigroup Chairman Dick Parsons and international philanthropist and former diplomat Ronald Lauder. Within a year of the first US-Africa Summit, she applied “at the last minute” and was selected as a member of President Obama’s Doing Business in Africa Council, which expanded her business acumen and exposure.

Today, Shea Yellen can be found in select Whole Foods and Fresh Vitamins outlets. What drives Wright, 37, has been training 800 women in Northern Ghana–cooperatives of 20-30 women in 14 communities–to place them on the path to enterprise development and financial self-sufficiency. In fact, she has provided them with production facilities and access to capital to develop products as well as taught them to save and invest their money.

“What keeps me going is Masana,” she beams, recalling the life-changing experience of one of her trainees. “When her husband died, she was forced to move out of her home. Based on what she was taught, however, Masana had the money [to gain a new property] as well as provide for her daughter. Her example continues to motivate me.â€

Wright’s advice for those who want to operate a business or invest in Africa: “I don’t believe in corporate social responsibility. Every business should be developed so that social impact is part of the business model.”