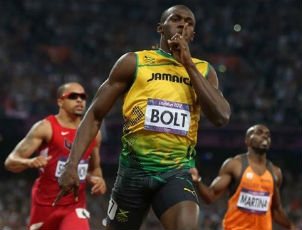 Usain Bolt’s gold medal-winning appearance at the London Olympics violated one of the athlete’s personal rules: Not to compete in Britain.

Bolt’s Olympic appearance marked the first time since 2009 that the phenom competed in the U.K., according to Forbes. Why is he staying away? The taxes on his winnings are just too much. Britain charges a 50 percent tax on the appearance fees and prize money of athletes competing in the country, according to The Week.

Though it’s common for countries to tax athletic winnings, the U.K. also has a rare policy of taxing income from sponsors earned while athletes are competing in the country, The Week reports. And despite earning $20.3 million last year, that’s just too much for the self-proclaimed “legend.”