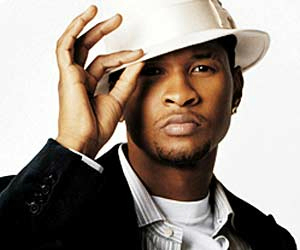 Usher Raymond is preparing for a role no one saw coming!

Sugar Ray Leonard and Roberto Duran had an intense rivalry when both were on top of their game back in the 80s, as Duran was the first boxer to defeat Sugar Ray. Leonard came back in the next fight to defeat Duran in the infamous, ‘No Mas’ fight, labeled so because that was what Duran said when he quit in the rematch.

“You couldn’t find a more stylized boxer than Sugar Ray Leonard,” Usher said by telephone. “He was an incredible motion guy, the way he moved around the ring, and I think my dancing will make it easier for me to pick up his moves. I’ve been working on familiarizing myself with the ring, sparring and just understanding how to move in the ring.”

The movie will be filmed entirely in Panama later this year and Usher still has to lose 25 pounds to meet the weight of Sugar Ray Leonard at the time of his fight.

Read the full story at Hitfix