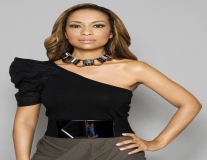 Communications strategist Valeisha M. Butterfield always had dreams of creating an organization centered on women’s empowerment.Â  After Don Imus’ incendiary comments about the Rutgers women’s basketball team back in 2007 sparked fiery conversations and debates surrounding the perception of black females in the media, the entertainment industry aficionada shot back in her own way. Butterfield, alongside Lauren Lake and Kristi Henderson, founded the Women in Entertainment Empowerment Network (WEEN), a non-profit organization offering financial literacy, career development,Â  health education and personal advancement programming for women, that same year.Â  Just three years later, WEEN has 43,000 members worldwide and has awarded 10 young female entrepreneurs with scholarships.

Blackenterprise.com talked with the 32-year-old chairwoman about turning her dream into a reality, the importance of mentorship and financial proficiency and what WEEN has in store.

Blackenterprise.com: What is a day in the life of Valeisha like?

Butterfield: It varies day-to-day. It always changes from the moment I get into the office; but normally it’s up by 6 and I work until usually 2 or 3 in the morning. My WEEN work is my moonlighting work and my work with ITA [the International Trade Administration]Â is my 9-to-5. I’m rewarded by both.

Last year, you were appointed Deputy Director of Public Affairs for the International Trade Administration (ITA). How did you land that job?

I did a lot of work with the Hip-Hop Summit Action Network and getting surrogates involved in the campaign. From that experience, the Obama administration brought me on-board as a volunteer. When he was finally elected, I got a phone call one day.Â  I was asked if I would be interested in working in his administration and, of course, I said it would be an honor.

What prompted you to start WEEN?

Women’s empowerment was something I always believed in. When I worked for Russell Simmons back in 2007, Don Imus made very controversial statements directed towards women of color, and that was followed by a television program on Oprah with Russell, Dr. Ben Chavis, Kevin Liles and many others from the entertainment industry being seriously questioned about the entertainment industry’s role in the negative portrayal of women.Â  I went to Russell one day, soon after that Oprah show, and I said, ‘Russell, you know, I have this idea for an organization. I really want your support and your blessing to get more involved and do my part because I’ve worked in the industry and I felt like it was my responsibility to work from the inside out.’Â Â  Russell said, ‘Of course, whatever you need, I’ll support you.’Â  From there, that idea became a reality.

What do you offer women within the financial literacy and career development spectrum?

When we first started WEEN, we wanted to focus on issues that mattered to women, especially between the ages of 14-28. All of our programs have a financial literacy component, as well as a career component, and that includes everything–from the basics of how to save your money, how to open a checking account, how to budget your money and how to prepare for your future all the way to the more advanced ladies that have now saved, now have a career and are nowÂ looking into investment options.

Always reserve money for the unexpected in a budget, and that goes for your work life and your personal life.

How important would you say mentorship is when moving forward either in education or one’s career?

I can absolutely say that I would not have the job that I have within the administration, nor would I have even founded WEEN had it not been through the support of mentors.

A mentor for me is Kevin Liles.Â  Kevin has been a true friend and mentor in my career, ever since I was an intern working for free and getting coffee.Â  He really helped guide my career and a lot of my decisions.

What can we expect to see from WEEN in the future?

Summer 2011, we are having our first WEEN summer academy. We are having a 6-week crash course in the entertainment business for our members.Â  Sixty women will be admitted into the program; it’s in New York City. Also, we are really pushing hard our WEEN media platform and the goal is to tell the honest story of real women. We are working and in production for WEEN Films and WEEN TV to share those stories and documentaries with the world.

Valeisha Butterfield is sitting on the community segment of the Urban 360 Influencer Panel tonight, November 16, 2010,Â at the Red Bull Space in New York City.

Read more about black women and their achievements in our Women of Power coverage.