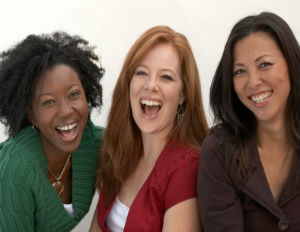 Today, Aug. 26, is Women’s Equality Day, as declared by the White House, commemorating 95 years since women won the right to vote under the 19th Amendment.

The president released a proclamation Monday, announcing the holiday to highlight the nation’s progress and efforts toward equality for women across the board, from social to the workplace.

“From day one, my administration has carried forward the torch of gender equality, working tirelessly to ensure that all of America’s daughters have the same rights as her sons,â€ President Obama said in his statement. “When women succeed, America succeeds.â€

Check out more insights from today’s commemoration below:

Facts tell the truth. We need pay transparency. Women earn only 78 cents on the dollar. Less for women of color. https://t.co/ie0c9nIRAm

Be confident that they deserve equal treatment, and demand it! Get in the habit early of advocating for yourself. https://t.co/68GGAXUrpt

This graphic shows why we still need Women’s Equality Day http://t.co/coAlsyf7jw via @TIME

Don’t ever sleep on your inner power, beauty and strength! #WomensEqualityDay https://t.co/uGxOdjStl6

Because there’s still not 1 state where women r paid what they’re worth. #WhyGenderEqualityMatters #WomensEqualityDay pic.twitter.com/Ywg7ftGkZA

“I raise up my voice–not so I can shout, but so that those w/out a voice can be heard.â€ –Malala #WomensEqualityDay pic.twitter.com/6UI5Er9FYc

We celebrate #WomensEqualityDay because we are not where we started not because we have completely arrived. #keepmovingforward