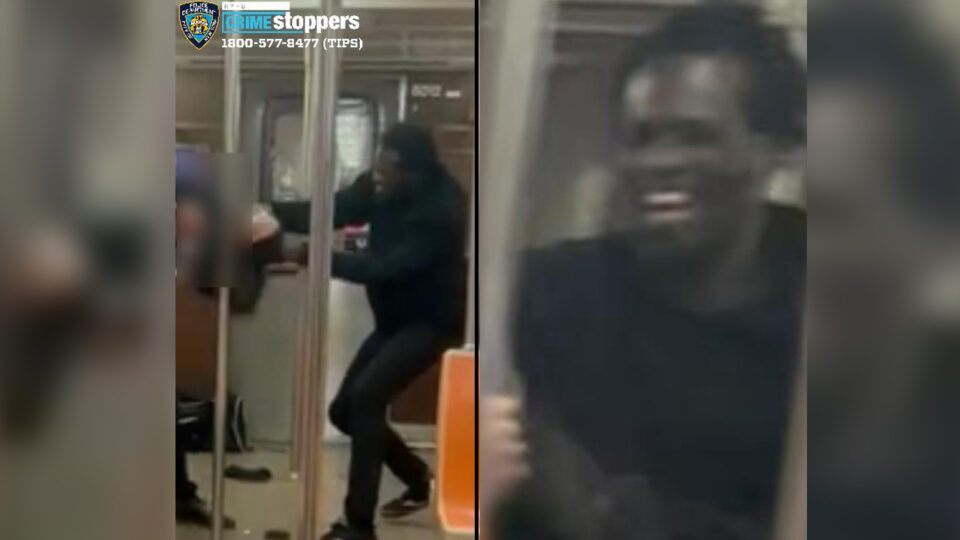 The NYPD is searching for a violent suspect who brutally attacked a 22-year-old during what’s being investigated as a hate crime.

Police recently released a video of the March 19 attack that shows the victim sitting on the train when a man sat across from him began making threatening remarks. The subway was approaching the 190th Street station at around 2:22 p.m. when the suspect started to verbally and physically attack the young man, ABC News reports.

Once the victim stood up, that’s when the suspect charged at him. The suspect grabbed the victim’s hair and punched him repeatedly in the face.

After ripping the victim’s hair, the suspect made a homophobic remark saying “I’m sick of all you (expletive).”

The victim was taken to a nearby hospital with cuts to his head and a loss of hair from the attack. He was listed in stable condition, the NYPD said.

The NYPD’s Hate Crime Task Force is investigating the incident and is still on the search for the suspect, ABC 7 reports. The attack comes as the city heightens police presence in the subways amid an increase in violent attacks.

“While we are by no means out of the woods, and there is a lot of progress that needs to be made on subway safety, I just want to acknowledge that the work has begun,” MTA chairman and CEO Janno Lieber said at an MTA board meeting Wednesday. “Serious effort is underway.”