Viral Video: A Becky Showed Her Whole A** In A Twerk-Off Against Nicole Bass, She Still Lost 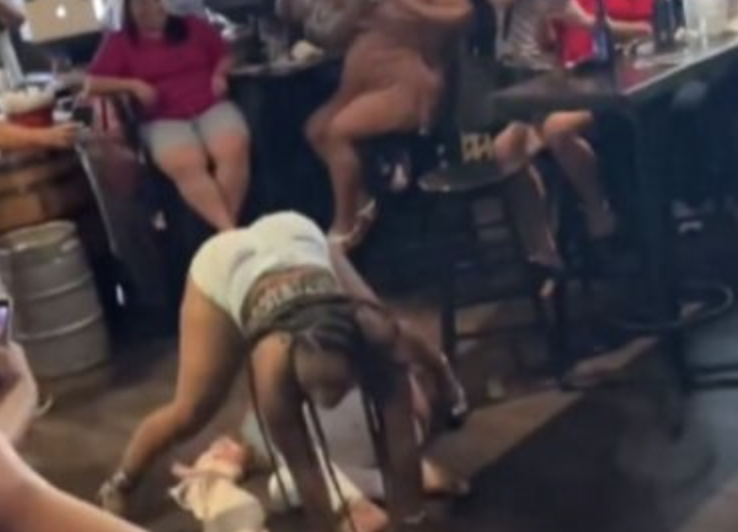 TikToker Nicole Bass ate some unsuspecting Becky’s a** up after she tried to challenge her during a twerk-off in an unknown restaurant.

The hilarious video posted by the woman known as  Finesse_Badazz on TikTok showed her busting a move in a restaurant during Pride month (June).

Apparently, the unidentified Becky felt like she could do a better job and proceeded to drop her pants to show her narrow behind– complete with a thong. Lil booty Judy placed her hands upon her knees and dropped it like it was everything but hot. It was something but not a twerk. A lone white woman in the video appeared to hype the rhythmically challenged chick up.

Bass didn’t miss a beat. The twerk aficionado bulldozed over the woman to the delight of the crowd. The restaurant erupted in laughter and praise for Bass. One patron even made it rain cash money on the woman.

It was a sight to see. More context is also posted below.

Of course, the video went viral, and the responses on social media were hilarious.

She really pulled her pants down and said: pic.twitter.com/RW5r0SIYxS

Why she pull her pants down pic.twitter.com/bcLoCXC6oU

I know the people she was with were like pic.twitter.com/f8OepGmX02

they need to go back to this 💀pic.twitter.com/Nf4igaLK1m