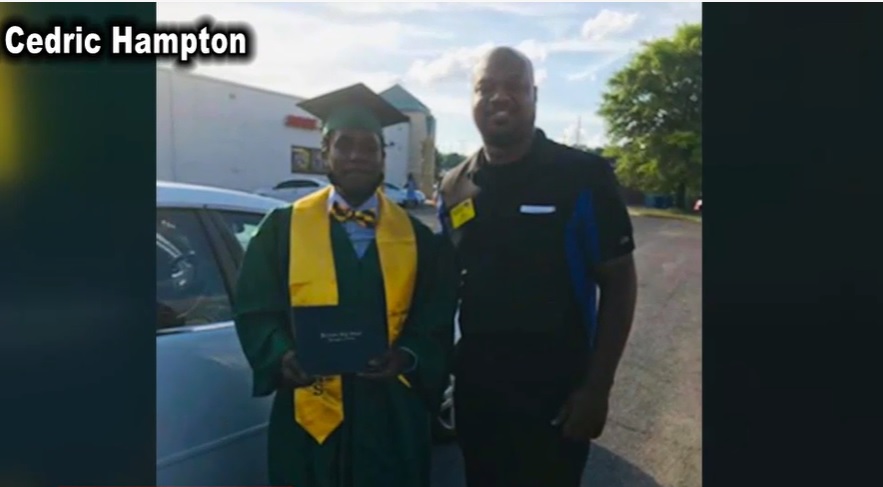 An 18-year-old Waffle House server almost skipped out on attending his high school graduation so that he could work his shift.

Timothy Harrison showed up to work on the day his graduation was scheduled to work at the popular eatery. But his 38-year-old manager, Cedric Hampton, wasn’t having it and made sure Harrison attended his graduation and received his diploma.

“I was going to get him there no matter what,” Hampton told the Washington Post.

Hampton is the manager at the Waffle House in Center Point, AL. He and the staff at the location worked together as a village to ensure that Harrison would attend his graduation ceremony, The Washington Post reports. The teen had originally requested the day off so that he could attend the event.

But after realizing his family couldn’t make the event, and having no ride to get to the ceremony located an hour away in Birmingham, Harrison opted to come into work for a 7 am shift despite not being scheduled.

“They did want to go very badly, but sadly, they couldn’t,” he said of his mother who couldn’t get the day off at her daycare job. He is not in touch with his father. “I didn’t have a ride, I didn’t have tickets, and it was a plan that I couldn’t put together all the way.”

But Hampton jumped into action to get the teen to the ceremony, according to WBRC.

“I said, ‘Go home, get your paperwork, call the school, and we will figure out the rest.’ For me, it was a no-brainer,” Hampton said. “Graduation is one of those things you get to do once in life, and when you’ve worked all these years going to school to have that moment it’s necessary to be there.”

He noted how much Harrison looked disappointed in missing his graduation and knows the event is a memorable milestone that shouldn’t be missed.

“I could see in his eyes that he really wanted to go, and I was going to get him there no matter what,” Hampton said. “No kid should miss their high school graduation.”

The father of three was elated to see Harrison leave the ceremony smiling from ear to ear. He was unable to go inside because of COVID restrictions. But he waited in the parking lot until the ceremony was done.

“It was most definitely the best day of my life,” Hampton said. “The experience was amazing.”