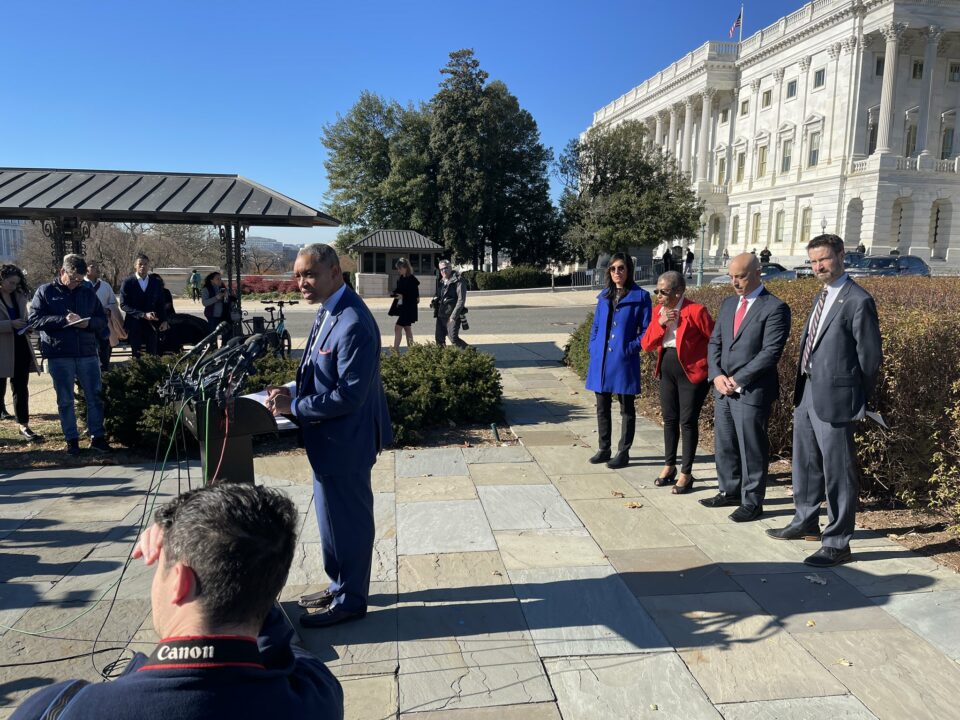 Racine’s suit is an attempt to recover the millions of dollars the city spent to defend the U.S. Capitol during the Jan. 6 Capitol riot. The lawsuit, filed in federal court in Washington, D.C., accuses 31 members of the groups of “conspiring to terrorize the District” on January 6, calling their actions “a coordinated act of domestic terrorism.”

According to NBC News, Racine is asking the court to find the organizations liable for the city’s costs to dispatch officers from the Metropolitan Police Department to the Capitol as well as the cost of treating the injured officers and paid medical leave for officers in the months after the attack.

“No one bore the brunt of this gutless attack more than the courageous law enforcement officers including the men and women of the D.C. Metropolitan Police Department who went into the fire and violence with one objective in mind: remove the violent mob and restore our country’s fragile democracy,” Racine said at a news conference Tuesday.

Three U.S. Capitol police officers were killed and more than 140 were injured during the riot. Another four officers died by suicide in the days and weeks after.

Racine’s suit details how both groups devised a coordinated plan for the riot, recruiting members to travel to the Capitol, conducting training exercises and providing weapons and tactical gear.

“The defendants, as you know, were not tourists, nor were they acting patriotically,” Racine added. “They were vigilantes, members of a mob, insurrectionists who sought to crush our country’s freedoms.”

The Justice Department has already charged more than 100 people for their roles in the Capitol riot.