Interracial Couple Creates Website, We Are the 15 Percent, to Counter Cheerios Ad Backlash 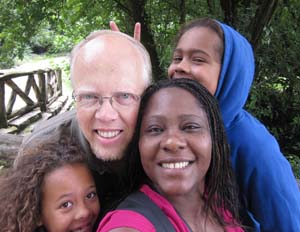 Ugly comments surfaced after the now famous Cheerios ad was posted to YouTube, forcing the popular video site to disable its comment section of the video. Once the commercial began airing on television, later being posted online, many took to social media to chime in on the white mother, black father and mixed-race little girl featured in the ad.

One family decided to take a different approach to weighing in on the ad controversy. Alyson West and her husband Michael David Murphy, an interracial couple from Atlanta, Georgia, have created a website called “We Are The 15 Percent.â€ Named after a census statistic, which found that 15% of new marriages in 2010 were interracial, the site features pictures of interracial families and couples throughout America.

West, who is African American, and Murphy, who is White, are parents to their one-year-old daughter Alexandra. “America is steeped in a complicated, often divisive, conversation about race. What we are saying with our site is that these families and couples have a place and they have a face,â€ West told TheGrio.

Since the site launched on June 5th, it’s received more than 1,500 photos, reports the news site. Mashable compiled a list of the most adorable photos featured on the site: 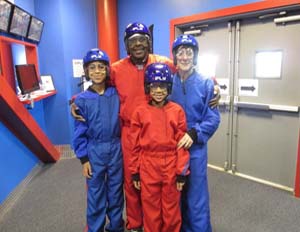 All photos courtesy of We Are the 15 Percent.