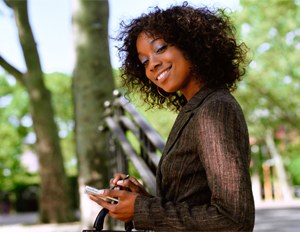 him to develop trial software applications, which were distributed to consumers to encourage them to experience the difference between Microsoft and competing products. He launched a Web page called “Get the Facts,” which compiled studies and reports, provided client case studies, and illustrated all the pros and cons of both Microsoft’s product and Linux. For example, studies showed that Windows servers recovered 30% faster from security attacks than Linux servers, and survey respondents found a 100% improvement in Microsoft’s security in the previous 12 months. Eventually, clients started to see the cost benefits that occur over time, and as more clients came on board the research companies felt encouraged.

Gooden first faced a learning curve. She was not familiar with writing proposals, developing the cost and submitting a bid for a desired contract—a major component of her new responsibilities. Her first hire was someone experienced and adept at writing bids. “We won our first two jobs with the Social Security Administration very easily,” she boasts. But Gooden admits that her first major challenge could have ended it all. “As soon as we felt we understood the market and knew how to execute a successful bid, the one thing we had not counted on occurred—the market changed. Instead of writing a proposal and waiting for the customer to answer, we were required to give oral proposals,” recalls Gooden. Her team was unprepared for the change. They lost their first oral proposal.

“I learned that you have to pay attention to the changes in legislation but also to changes in the market that you’re working in,” she explains. Gooden became more focused on internal, external, and customer changes throughout the entire industry. “We won our second oral proposal. And we learned a hard lesson,” she adds. “Change is constant. In business the strategic advantage is usually fleeting and so you have to always adjust.”

RISK OVER REWARD
Of course if the business model is accepted by senior management, the result is often a new division or subsidiary. There are obvious benefits for the company—increased market share and increased revenues. But there are advantages for the employee as well. Monetary rewards may result in a salary increase or performance bonus—although not always, says Watson. “You’re still considered part of the team and an employee of the company, so typically you receive normal pay,” he explains. “This is considered part of your job.” There is, however, a significant boost to an employee’s career profile in the company and within the related industry. “You really are able to distinguish yourself mightily from other employees,” says Watson. Perhaps the most rewarding aspect of intrapreneurship is the legacy that you leave behind even after you have left the company. “If it works we all know who did it,” shares Sharon Hall, managing director of Spencer Stuart Atlanta, a high-level executive search firm. “And that
‘s really a source of pride, it’s a resumÃ© builder, it plays to the high visibility level and can catapult your career.”

With all the benefits, however, there