What You Can Learn from...Obama's White House Shake-up When President Obama delivers the State of the Union within two weeks, our nation’s chief executive will push forward his agenda with a retooled White House. He has a new chief of staff, key replacements for his economic policy team and a renewed focus on communications.Â  Senior Adviser Valerie Jarrett is one of the few remaining members of the original senior management team. There’s nothing revolutionary about a president making a course correction at midterm. In fact, corporate managers and entrepreneurs can take a page from the White House realignment playbook, making personnel changes to position organizations to achieve their agenda.

Make new connections. As chief of staff, Rahm Emanuel had been characterized as an abrasive, take-no-prisoners manager while his predecessor, Pete Rouse was an interim chief of staff with a more collegial, low- key style. Their replacement, William Daley, a former JP Morgan Chase exec who served as Clinton’s Commerce Secretary and Al Gore’s presidential campaign manager, is considered the consummate strategist. Although some on the left have bristled at his Wall Street credentials, the appointment has been praised by most executives and politicians, including two operatives on different ideological poles: liberal former Democratic National Committee head Howard Dean and ultra-conservative Republican strategist Karl Rove. Daley’s centrist leaning and negotiation skills are expected to prove helpful with the Republican-controlled House as well attractive to independents. He can also help bolster the connection with a corporate community upset by the administration’s policies and “anti-business rhetoric.â€ Managers and entrepreneurs can follow suit, identifying new team members who can bring a different set of skills, credentials and contacts to make inroads into new markets or open doors to valuable business contacts and partnerships.

Experience counts. It’s important to bring aboard key personnel who are well versed in crisis management and contingency planning. In rebuilding his economic team, Obama tapped Gene Sperling, who replaced Lawrence Summers as National Economic Director and new Budget Director Jacob Lew, both helped Bill Clinton battle another Republican-controlled Congress intent on derailing that Democratic presidential administration. It’s also vital to create a braintrust of outside advisors. For instance, the president has sought the counsel of brilliant execs like Ursula Burns, CEO of Xerox Corp. and one of BE‘s 100 Most Powerful Executives, to help lead his national export and tech initiatives as well as savvy entrepreneurs such as John W. Rogers, Jr., the BE 100s CEO who runs Chicago-based mutual fund manager Ariel Investments, to head the Presidential Advisory Board on Financial Capability to review financial literacy and consumer protection policies.

Communications matter. Despite his string of legislative victories — health care reform, financial reform and nuclear arms reduction treaty, to name just a few — Obama has routinely been taken to task by politicians, pundits and the public for his inability to connect with constituents during his sophomore year. In fact, he has often joined his chorus of critics. With a new team in place, the president has a laser-beam focus on jobs and revamped communications apparatus that includes a stable of more effective spokespersons. It’s just as important for managers and entrepreneurs to deliver clear, coherent messages related to their vision and company’s mission to all stakeholders –customers, suppliers and employees– in informal settings and public forum. Top-notch advisors and surrogates can provide valuable input to sharpen your organization’s message.

Of course, it’s too soon to tell if the management shake-up at the White House will prove successful. Operating in the same mode, however, can doom any administration or organization to failure. With the right hands executives gain the best chance of success — whether it’s you or the President of the United States. 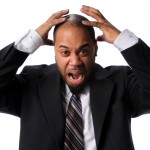 On the Job: 7 Signs You’re Burnt Out & Need to Make a Career Move