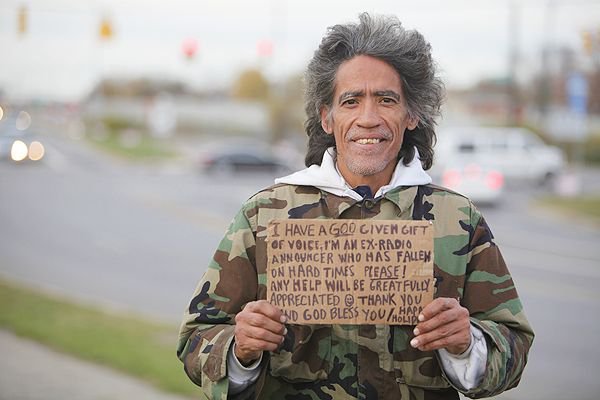 With rare exceptions, the fairytale of the Ted Williams story being promoted by national media has obscured some inconvenient truths:

We’re taking Williams’ word for it that he’s been clean for more than two years. How did he achieve this? And what does he mean by clean? With all due respect to Williams, drug counselors, active addicts, their family and friends and even those in recovery will tell you that addicts are not to be trusted, that lying (including sincere and insistent expressions ofÂ obedience to and faith in God)Â is so much a part of being an addict that even they believe what they are saying. Unless Williams has been regularly drug tested over the past two years, I don’t believe he is credible enough to be taken at his word.

Even if he is clean, then he’ll have to do a lot of work to guard against a relapse. What happens when he becomes frustrated with work or is confronted with the anger and resentment of his children? Or what happens when he gets the urge to relapse with a couple of hundred dollars, not just one or two bucks, in his pocket? Has Williams been equipped with the tools and support systemÂ he’ll need to avoid a devastating relapse–one sure to be reported on as aggressively as his phoenix-like rise from homelessness? According to some experts, an addict has to stay clean for at least five years before the chance of a relapse diminishes.

We’re assuming that, having been clean for two years, Williams is miraculously ready to live happily ever after as a productive citizen. If only it were that easy. Williams has the hard task ahead of him of rebuilding his life. That includes coming to terms with his family, including a former wife, at leastÂ nine children and more than a dozen grandchildren–and a mother who clearly has seen this movie before and is fearful that it will end badly, again.

My point is that people don’t just suddenly become different people after years of homelessness and addiction. Everyone has someone they know and love in their circle of family and close friends who is an addict who has blown opportunity after opportunity and repeatedly disappointed people who’ve tried to rescue them with money, job offers, prayer and other forms of support. Unless Williams gets help dealing with the root causes that led him to choose a life of addiction and homelessness after what seemed like a promising radio broadcasting career with an unmistakable vocal gift, all of the jobs, media attention and prayer in the world won’t prevent him from returning to that life.

So I’ve had enough of the YouTube “miracleâ€ and the cascade of job offers for Williams. I want to hear the story of him being offered–and accepting–the help he really needs:

Redemption is not about the myth of instant recovery. Redemption is about demonstrating the willingness to make the changes necessary to create a new life, which is about much more than a new job and a new house. Williams has been blessed with good fortune. But I believe God is blessing us all each and every day. Miracles come as a result of our response to and cooperation with those blessings. That Williams has been granted a unique opportunity by virtue of Internet video exposure is a mere stroke of good fortune, nothing more, despite all of the media hype. Whether a true miracle ultimately results depends on what Williams does from here.