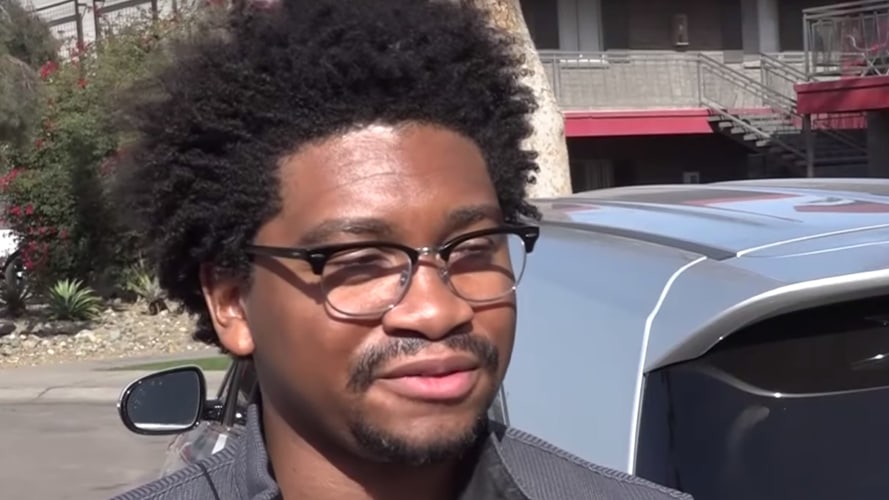 The white former CEO of organic fertilizer company Agroplasma USA, based in Tempe, Arizona, has been fired after being caught on camera racially abusing a black Uber driver.

The altercation started when Uber driver Randy Clarke told the former CEO, Hans Berglund, that he had a policy of passengers not sitting in the front seat of his car unless there are three passengers or more. That’s when Berglund, originally from Sweden, insisted he sit in the front. According to ABC15.com, Berglund then said, “Are you f***ing serious with me? Is it because I’m White? And you’re a f****ing N******? You are a f***ing idiot.”

Clarke, 25, said “I was in a state of shock, I almost wanted to laugh. Some people need to be educated about people who don’t look like them. But in this case, the fact that he blatantly said the N-word, I just couldn’t let that go,” Clarke told 12 News.

The video showed Clarke asking Berglund to sit in the back seat and if he did not agree to it, Clarke would initiate a refund. They both agreed to cancel the ride and when Clarke asked Berglund to leave his car, that’s when Berglund used the N-word.

Agroplasma released a statement to ABC15, saying the company was firing Berglund as CEO.

“In light of the events of this past Friday, Agroplasma CEO Hans Berglund has been relieved of his duties while the company performs a full internal investigation. The incident is not at all reflective of Agroplasma’s values and ethics. Our relationships with our employees, customers and the community are the cornerstones of our success, and we are doing everything in our power to rebuild their trust and repair the harm that has resulted from this incident,” the statement read, adding that Jeffrey Ziehmer was being appointed as interim CEO.

After the incident, Berglund told ABC15, “I deeply regret and apologize for the hurtful and derogatory language I used during the altercation with Mr. Clarke. I firmly believe that there is no excuse for the use of racial slurs under any circumstance, so I will not offer any. It is my sincere hope that Mr. Clarke hears and accepts my apology and believes me when I say it is honest and heartfelt.”

Uber responded to ABC15 by saying, “Discrimination has no place on the Uber app or anywhere. What’s been described is a clear violation of our Community Guidelines and we launched an investigation as soon as we learned of it.”