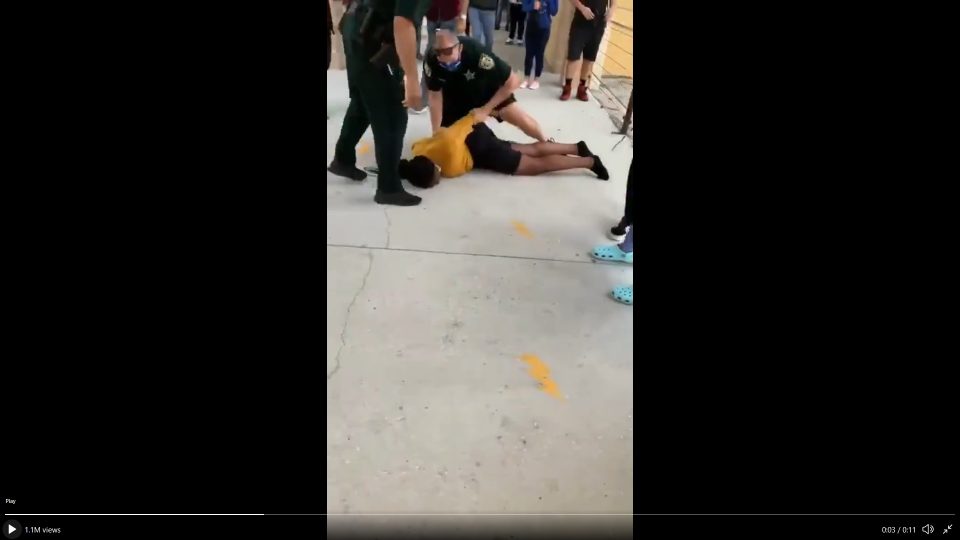 An investigation has been started after a video clip showed a Florida sheriff’s deputy body-slamming a young Black girl to the ground, knocking her unconscious in the process.

In Osceola County, FL, the sheriff’s department is looking into an incident involving a school resource officer seen on camera at a high school body-slamming a Black teenager to the ground.  She appears unconscious before the officer handcuffed her while she laid motionless.

This is liberty high school in Osceola county and I’ve seen my share of body slams from that school not only by officers but from Deans as well. I’ve seen grown ass man hop on top of girls to hold them down while they are clearly in distress. pic.twitter.com/wyePuKVqqZ

This is the press release the Osceola County Sheriff’s Office put out:

“Today the sheriff’s office received information from school officials at Liberty High School about a video posted on social media depicting one of our School Resource Officers in a confrontation with a student. The incident appeared to take place between classes in the hallway. In the video, it shows the deputy taking the student to the ground and placing handcuffs on her.

“We know that the School Resource Officer was in the process of trying to stop the student from fighting another student in the hallway when the deputy took her into custody. Once we receive more information related to the incident, we will provide an updated press release.”

Today the sheriff’s office received information from school officials at Liberty High School about a video posted on social media depicting one of our School Resource Officers in a confrontation with a student.

According to the Orlando Sentinel, the Florida Department of Law Enforcement is going to investigate the violent incident that took place at Liberty High School.

BREAKING: @OsceolaSheriff has decided to turn over the case to FDLE to investigate whether criminal charges should be pursued. He says that removes any claims “we’re looking out for our own”. pic.twitter.com/V8zFb9hMGz

“We remove this burden off us and pass it on to a higher authority to ensure that no one can say that we’re looking out for our own,” Sheriff Marco López said during a brief press conference. “It’s the right step to go.”

The police officer, Deputy Ethan Fournier, was placed on paid administrative leave while the investigation is pending.