President Barack Obama unveiled, this week, a package of new enhancements to his administration’s efforts to revive the U.S. economy and spur job growth. The proposal seeks to put the dent in the unemployment figures, which now stand at more than 10%. The plan pledges tax cuts and other credits to businesses that increase hiring, rebates to homeowners who retrofit their homes to be more energy efficient, and additional monies to states and local governments for infrastructure projects to improve highways, bridges, airports, and other public projects.

White House economist and executive director of the White House Task Force on the Middle Class, Jared Bernstein, talked to Black Enterprise about the new effort and its intended outcome.

How do the White House’s new job creation proposals fit into the broader plan to revive the economy? Is this the “second stimulusâ€ people in Washington have been talking about?

By no means would I characterize this as a second stimulus. This is not a broad and diverse package like the $787 billion recovery act. These are three targeted ideas, some of which build off of some successful programs in the Recovery Act, and others of which are targeted at getting the quickest and the biggest bang for the buck in terms of job creation. The Recovery Act in tandem with financial stabilization and housing programs, the work of the Federal Reserve–and in tandem with a whole set of other financial interventions have really pulled the economy back from the abyss and helped to generate as many as 1.6 million jobs saved or created thus far, according to the Congressional Budget Office. They’ve also helped to create the conditions for more job creation, but we need to do a lot more to hasten the arrival of that virtuous cycle where the private sector itself helps to create enough demand and jobs to meet the needs of American families. We’re not there yet, and until we’re there we’ve got to do everything we can to pull that moment forward. 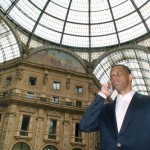 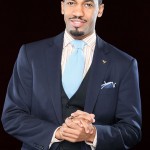