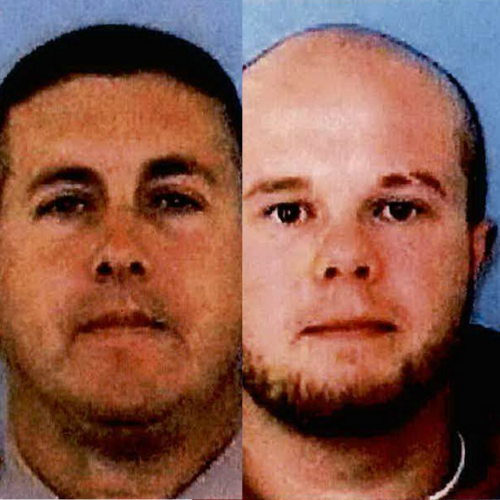 (The Dept. of Justice)

A North Carolina Trooper is being accused of illegally selling guns to a felon, according to the news release from the U.S. Department of Justice.

Timothy Jay Norman has been charged with unlawful transfer of a firearm to a prohibited person, which under North Carolina law prohibits a private sale of firearms or ammunition to a person known to violate the law. Such action is a Class F felony.

The reports from News and Record shows that Norman, 47, tried to transfer firearms to 33-year-old Tommy Lee Hudson, who Norman knew was a convicted felon.

The police were tipped off that Hudson, whose felony charges in 2016 were related to assault with a deadly weapon inflicting serious injury, was using Norman to get guns and ammunition.

The sale of guns can be tracked in a text exchange on Jan. 27 between Norman and Hudson, who were friends before Norman became a trooper—the trooper allegedly sold the felon at least four Sig Sauer pistols.

An informant known by the two men, both of whom are white men, revealed in a recorded call on March 26 that Norman helped Hudson avoid paying a traffic ticket.

According to the affidavit, the informant had a conversation with Hudson on April 16, where Hudson said that he and Norman were friends, having partied and used marijuana and cocaine together.

The two men were former co-workers at a private security company after they attended a basic law enforcement training session.

The informant was introduced to Norman by Hudson and confirmed, using FBI-issued money, sales of illegal firearms were taking place, News and Record reported.

The informant bought $3,200 worth of weapons and ammunition on June 8.

It is also reported that Norman, who was in uniform and driving his state trooper vehicle, sold the informant a semiautomatic pistol from the trunk of his patrol car at a gas station on June 24.

Hudson was later arrested and charged with possession of a firearm by a felon.

In a Greensboro federal court appearance on Wednesday, both men were present and later scheduled to reappear on on July 14.

If Norman and Hudson are convicted, both independently faces a maximum penalty of 10 years in prison.

Norman has been a state trooper since 2012 but resigned the same day he was arrested.