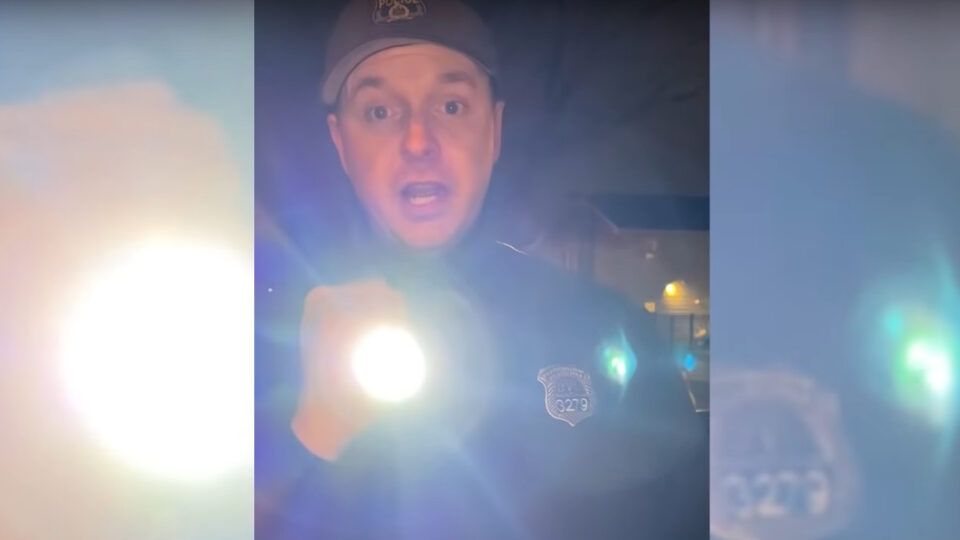 According to an article in the Philly Voice, A Philadelphia police officer has just been placed on administrative duty and an investigation is underway, after a video resurfaced that shows a white police officer taunting a young Black man who was walking down the street.

We understand the video circulating has caused anger and disappointment. All PPD officers are expected to discharge their duties with honor and integrity. The officer involved has been placed on administrative duty pending the outcome of an Internal Affairs investigation.

A video of the incident that took place around New Year’s Eve 2020, was posted earlier this month to the Lackluster YouTube account, which exposes police misconduct.

Dale Hiller, the person responsible for the account, claims to be a retired combat veteran who uploaded the harrowing video on October 2. The narrator’s voice states that the video was submitted by a man named Gabriel, who was being harassed after leaving his aunt’s home on New Year’s Eve. As he is walking down the block, an “Officer Hoover,” is seen shining his flashlight in the Black man’s face as he closely follows him as the young man asks him to stop shining the light in his face.

“Shut your mouth, boy,” the officer says. “You don’t live down here.”

After several minutes of going back and forth with the police officer, the Black man is arrested and according to the narrator, for disorderly contact and possession of a small amount of marijuana.

“The actions of Officer Hoover are unbecoming of an officer and a disgrace to his department,” the narrator states at the end of the video. “Most would agree that they wouldn’t want to be treated this way. No public official should be allowed to act in such a disrespectful manner, especially unprovoked.”

You can view the video below: