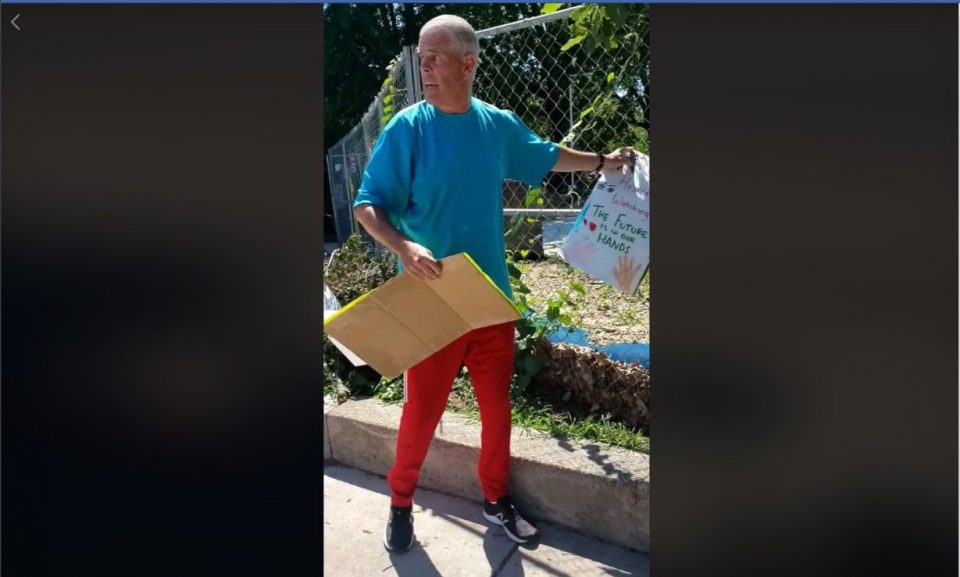 A white court supervisor from Philadelphia was terminated after being caught cellphone video removing signs against racism and blurting out that black lives don’t matter to him, according to NBC News.

The former supervisor, Michael Henkel, is seen taking down handmade signs that were in support of the Black Lives Matter movement on Sunday from a fence at Columbus Square Park in South Philadelphia.

Jamie Kay posted this video on her Facebook page, writing, “This guy was tearing down Black Lives Matter signs at Columbus Square Park on the corner of 12th and Reed (South Philadelphia). Passerby in a car yells “Black lives matter!” and he responded, “Not to me they don’t.” Watch the video.”

Henkel, 61, had been working at the court as a writ-server supervisor for the First Judicial District of Pennsylvania.

Gabriel Roberts, who is a spokesperson for the court, said Henkel, who was hired by the court, almost 28 years ago in 1992, is no longer an employee and that his termination was based on multiple violations of the Unified Judicial System Code of Conduct and the nondiscrimination and equal employment policy.

“The Court takes this incident very seriously and believes Mr. Henkel’s behavior as shown in the video is egregious and totally unacceptable for an employee of the Courts,” Roberts said.

According to Mr. O’Rourke, Mr. Henkle had no involvement with adjudicating cases but did supervise employees.

Leslie Chapman, 42, who lives several blocks from the park, told the Philadelphia Inquirer that the signs were just placed on the metal fence last Friday afternoon as part of a kid-friendly march.

She said she had contributed one of the cardboard sign that read, “Black Lives Matter.” She also placed a drawing of a rainbow alongside it.

“For that adult to take that away from children, it’s just really awful,” she said. “The kids probably had a lot of fun making those signs.”