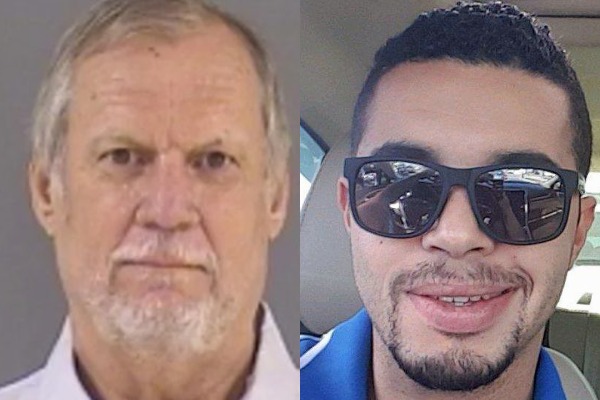 Terry Turner spent less than two hours behind bars on Friday after murdering a man outside of his home in Martindale, Texas.

Sheriff’s deputies took him into custody in connection with fatally shooting Adil Dghoughi, a native of Morocco, who was sitting unarmed inside his car before losing his life, NPR reports.

Dghoughi’s family and Islamic advocacy groups were already upset that it took Turner 11 days to be arrested after the Oct. 11 murder. The Caldwell County Sheriff’s Office said Turner only turned himself in after detectives contacted his attorney.

“We welcome the arrest, but our work is not done,” CAIR-Austin Executive Director Faizan Syed said. The group is calling for “justice for the family of Adil Dghoughi and for all the families in Texas and nationwide impacted by gun violence.”

Investigators determined that Turner shot the 31-year-old Moroccan immigrant after Dghoughi pulled into Turner’s driveway about 3:40 a.m. and was in the process of backing out, CBS DFW reports. After the shooting, Turner called 911 and claimed that Dghoughi had pulled a gun on him. However, investigators said they found no firearm in Dghoughi’s car.

“The bullet entered his hand before it entered his head,” Cherkaoui told KTBC-TV of Austin. “And the bullet exited the victim’s head, and actually there was enough force for it to travel through the passenger-side window.”

Turner was released two hours after turning himself in on a $150,000 bond. Many are upset at the nearly two-week delay in Turner’s arrest.

Dghoughi’s family and supporters spent the weekend holding vigils at the Texas Capitol in Martindale.