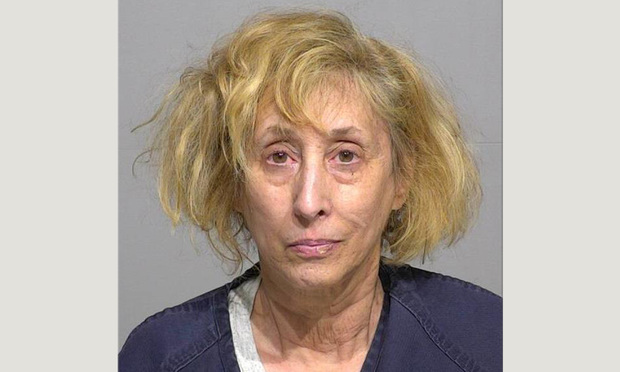 A 64-year-old white, Shorewood, Wisconsin, attorney, was arrested twice over the weekend for spitting and pushing protesters as well as kneeing an officer in the groin, according to the Milwaukee Journal Sentinel.

Stephanie Rapkin was arrested Saturday for spitting on a 17-year-old black teenage protester and then was arrested again on Sunday after being accused of shoving a 21-year-old college student. The student was writing protest messages in chalk on the sidewalk in front of her home.

Shorewood police officials said Rapkin resisted arrest and kneed a police officer in the groin when they came to arrest her on Sunday on battery and disorderly conduct charges. Rapkin was kept overnight and booked into the Milwaukee County Jail on Sunday. Her bail was set at $950.

Shorewood police stated that on Saturday, Rapkin was initially taken into police custody at 10:12 p.m. after spitting on a black teenager during a confrontation that took place earlier that day in the 4000 block of N. Oakland Avenue.

Caress Gonzalez Ramirez posted a video of the Saturday incident on her Facebook page.

This woman put her car to BLOCK our protest then SPIT on this young BLACK MAN!!! One of the speakers at that.

Debra Brehmer posted a video of the confrontation Rapkin had with her son, a senior at Ithaca College in New York, on Sunday on her Facebook page.

“This is the video of Stephanie Rapkin hitting my son, Joe Friedman. She was arrested, again. He was in front of her house making a chalk sign on sidewalk. She is not the least bit remorseful for spitting on a 17 year old kid at the protest.”

According to a press release from Shorewood police Sunday night: “The victim in today’s incident reported he was peacefully protesting on the sidewalk in front of suspect’s home, when the suspect came out and engaged in a verbal altercation with the protesters. The victim reported the suspect then slapped both of her hands on the victim’s chest and physically pushed him.”

Upon being informed that she was under arrest for battery and disorderly conduct, she resisted arrest and during the struggle, police said, Rapkin struck one of the officers in the groin.

Shorewood Police are now seeking charges of battery, disorderly conduct, battery to a law enforcement officer, and resisting/obstructing an officer.