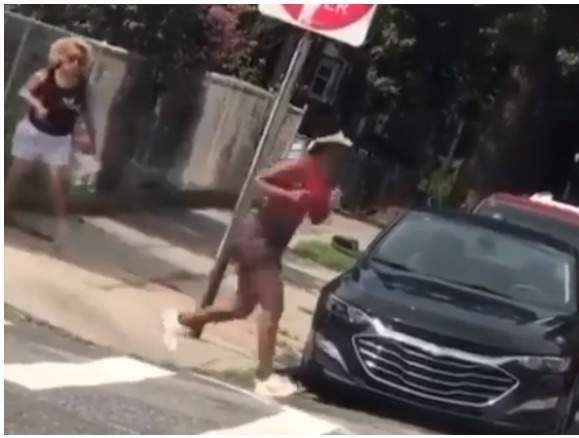 A White woman in Queens, NY, has been charged with a hate crime after throwing a glass bottle and using a racial slur at a Black woman who was jogging in the street, according to CNN.

The incident was caught on video.

APPREHENDED!! The perpetrator in this incident has been arrested. https://t.co/cdkStQJd9T

According to Queens District Attorney Melinda Katz, the incident took place on August 17 when Delaguna threw a glass bottle at Tiffany Johnson, who was out for a jog. The bottle shattered near Johnson, splashing liquid on her. Delaguna is also accused of yelling and cursing at Johnson, telling her to get out of here and go back to Africa and also calling her the N-word.

Johnson attempted to get away from Delaguna, but she continued to follow her for at least a block while yelling and threatening the victim.

“In addition to allegedly yelling the N-word, the defendant, in this case, is also accused of throwing a bottle in an attempt to strike the victim,” said Katz in a written statement. “Crimes like this, which are fueled by hate, are in a special category for a reason. No one should have to endure being called a vile slur or being attacked simply because of the color of their skin, their religion, or who they love.”

Delaguna, of 51st Street in Woodside, Queens, was arraigned before Queens Criminal Court Judge Jeffrey Gershuny. She was ordered to return to court this Friday.

“She was so loud and aggressive,” Johnson told ABC7NY. “She did call me the N-word, and I mean I’m not an N-word, none of us are, but the reality is that this woman felt that she needed me to be that and I would just say that she needs to look into herself as to why.” 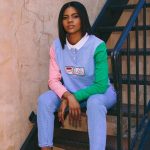 Joe Biden and Kamala Harris Are Focusing on Black Businesses