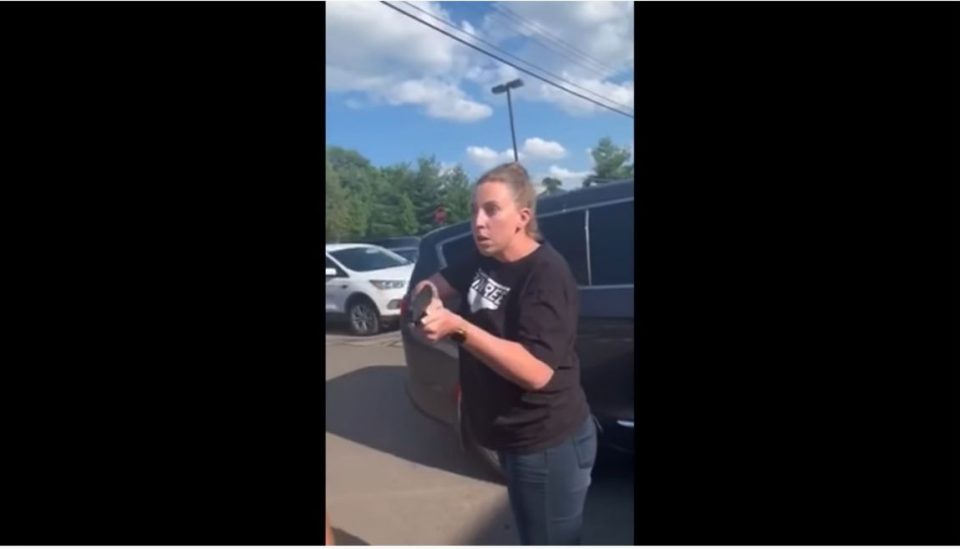 A confrontation between a white Michigan woman and a Black mother evolved into the white woman and her husband drawing guns and pointing them at the mother and daughter as it was caught on video and went viral according to The Detroit News.

After the confrontation went viral, the Michigan woman, Jillian Wuestenberg, 32 and her husband, Eric Wuestenberg, 42, were each charged with one count of felonious assault. If convicted, they could face up to four years in prison. The incident took place in Orion Township, about 40 miles north of Detroit.

“I am deeply disturbed by an incident last night where a woman pointed a cocked gun at another woman during an argument,” Oakland County Executive David Coulter said in a written statement Thursday. “This behavior is unacceptable. I wholly expect the prosecutor to bring charges that reflect the severity of the incident.”

“There is nothing acceptable about what happened in Orion Township last night at the Chipotle. It is abhorrent to think that some in this country have such a sense of self-righteousness and entitlement that the idea of pulling a gun out on an unarmed child and her mother is OK,” Bayer said in a statement.

“It is not, and I condemn anyone who thinks otherwise. My heart goes out to Ms. Hill and her daughters, who may now forever be traumatized by this experience.”

“Michigan needs commonsense gun reform, and we need it now. People should feel safe going about their day and not have to worry about having a gun pulled on them during a conflict,” she said. “This incident clearly shows we have much work to do because this is not how we should be treating each other.”