White Woman Pulled A Gun On Unarmed Black Family; No Word On Arrest 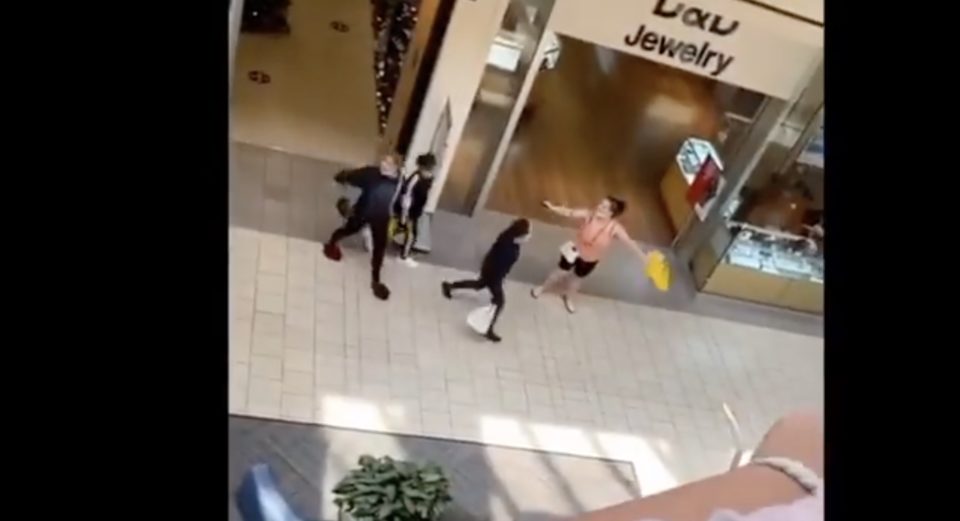 A viral video reportedly shows a white woman pulling out a gun on a Black family inside a shopping mall in Vancouver, WA during an argument. No word on if the woman has been arrested yet.

The incident, which took place on Wednesday at a Westfield Mall, began when the two families with a history of arguing with each other, got embroiled in a heated debate.

It is being reported that the unidentified white woman pulled out her gun to defend her teenage daughters during the confrontation, The Colombian reported.

Related stories: BLACK AMERICANS NOW ACCOUNT FOR THE HIGHEST INCREASE IN GUN SALES OF ANY DEMOGRAPHIC

The mother was seen holding a gun while escorting her three teen daughters out of a Lids, a popular headwear store, seemingly prepared to shoot over a verbal disagreement.

There’s also a 14-second video of a one-woman-standoff between the unidentified woman and four, unarmed Black women.

Two white security guards did nothing to stop the armed white woman in the video, but strangely paced back and forth around the Black family who were in shock, screaming at the white mother.

It is worth noting the four Black women kept their distance from the armed, irate mother.

Even more curious is the fact that the videographer pointing out a bystander, unwittingly, walking in front of the white mother holding the gun.

Eventually, the Vancouver Police Department (VPD) were called in, according to The Columbian, but the outlet does not indicate whether or not the white mother was arrested. The VPD only referred to the woman’s imminent charge for displaying a firearm.

According to the Vancouver Police Department (VPD), the incident happened on Wednesday at the Vancouver Mall, and the two families have a history of conflict.

As reported by The Colombian, the woman who captured the video aiming a firearm, told police she was defending her teenage daughters during the confrontation.

The original video shared on TikTok by “Theo” has more than 48 million views.