Who Has The More Iconic Voice? Morgan Freeman Or James Earl Jones? Twitter Weighs In

The voices of two notable movie icons—James Earl Jones and Morgan Freeman—have undoubtedly been immortalized through their many roles. The two are possibly the most recognizable figures when it comes to voiceovers with Jones as the voice of the Star Wars character, Darth Vader, and Mufasa from the iconic movie, The Lion King. Jones is even the voice of CNN.

But, some people will always remember the role of God that Freeman played in the movies Bruce Almighty and Evan Almighty and, of course, the too many to count iconic voiceover roles he has been involved with over the years.

So who has the most iconic voice? That conversation erupted on Twitter when a user, Optix, started the conversation by asking:

Between James Earl Jones and Morgan Freeman, its hard to choose who has the most iconic voice. Its Mufasa vs. Lucius Fox! pic.twitter.com/mTsnVa7hj3

People chimed in with their thoughts.

Only one is the voice of God. Just sayin pic.twitter.com/S8NURwPRGN

Even if he hadn’t played God, here’s my message for anyone choosing another voice over Morgan Freeman’s.

Because he was Easy Reader on The Electric Company before James Earl Jones was Darth Vader, if not before Jones was Jack Jefferson in The Great White Hope. pic.twitter.com/VehrCPDTqm

We love Morgan and all 💜 but have you heard James Earl Jones read the Bible? Give it a listen on https://t.co/YTZTfaWlcs 🙏 pic.twitter.com/7leQiDx736

Dude – James Earl Jones is Vader in the original Star Wars films. End of debate, in my humble opinion!:-)

Morgan freeman is awesome and iconic and if it’s for a narrator role then I choose him, but James earl jones just makes his characters have a presence, especially Vader, so him

Jones had some of the best roles for his voice.
Vader, Thulsa Doom…
I choose Jones.

Nothing against you, Mr. Freeman, but Mr. Jones voices one of the most iconic villains not just in film history, but in the history of pop culture.

Wait… Mufasa? LOL. I didn’t even knew he did his voice (because i watched The Lion King as a kid and in french) but the dude is the iconic voice of Darth Vader !!

Facto…I just cant unhear him as God in Bruce almighty

You mean #Mufasa versus #God, because #MorganFreeman will always be the voice of God!

Morgan Freeman… Jones sounds canned sometimes. Besides, I heard Jones was a GOPer. I’m not very fond of Republicans these days.

After looking at all of the related responses, James was the favorite amongst the users, with most referencing the Darth Vader baritone. 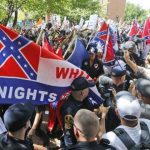 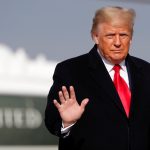 New York Prosecutors To Indict Trump Insider, But Not Trump, Yet