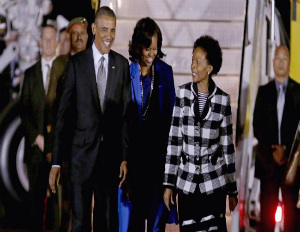 In an essay at thegrio.com, Lola Adesioye describes President Barack Obama’s first major trip to Africa during his presidency as “vital.”

He writes that Obama’s trip is so important because America needs to “secure a relationship with the continent which is, without a doubt, on its way to becoming one of the world’s most powerful regions.”

“The fortunes of the west have been on the decline, with recurring recessions and economic stagnation, while prosperity in the emerging world — Africa, especially — has been on a steep upward curve,” she continues.

Read the entire essay at the Grio.