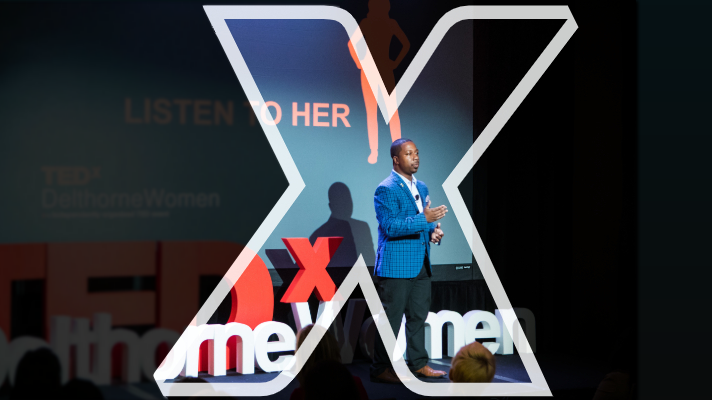 Traditionally, there has always been a lack of diversity regarding speaking conferences throughout the country, which has effectively suffocated the voices of people of color nationwide. However, TEDx Delthorne Women, held on Friday, Nov. 30 at the Torrance Redondo Marriott, was on a mission to give a voice to the voiceless through the powerful TEDx platform.

At TEDx Delthorne Women, the majority of the 14 speakers were women of color. The two powerful artistic poetry performances were also diverse in nature as well. Fay Hauser-Price walked on stage singing, ”We Shall Not Be Moved,” a civil rights era staple that holds a special place in African American history and culture. As an esteemed actress, she was thrilled to be a part of the revolutionary event. Hauser-Price’s sound added a soulful essence and spiritual tone to the California TEDx event. Proverbs, the poet, performed a piece named Daddy’s Girl, which discussed the sexual abuse she endured at the hands of her father—a topic that is often not talked about in the black community.

The event was not only diverse physically, with a number of women of color, but it was also equally diverse regarding the background of each speaker selected to speak at the event. The theme was, “Listen to Her.” Each speaker spoke passionately about issues they faced that challenged them personally and that empowered them to listen to themselves and to other women in positions of influence and leadership in their lives.

As both a combat veteran and military spouse, I had the opportunity to discuss the challenges associated with parenting a child whose mother was away serving in the military. Toya Webb, a life coach, and respected media executive, was thrilled to discuss the impact of the emotions associated with life’s rapid challenges. “TEDx Delthorne Women was an opportunity of a lifetime,” said Webb, “I was honored to be among thought leaders from around the country as we presented our ideas with passion, inspiration, and excellence. I’m excited for what’s to come.”

As a finance expert and best-selling author, Aja McClanahan was also excited to have been selected as a speaker. “Having the opportunity to tell my story of financial freedom and shout out my amazing grandmother was amazing.” Just as many people in the black community have benefited from the influence of their grandparents, my grandmother’s lessons of financial stewardship changed my life.” The event was hosted at the Marriott and their PSAV team graciously sponsored the event. Eraina Ferguson, the host, said the organizer’s main goal was to curate a life-changing event for the audience and its TEDx speakers.

“I wanted to give the speakers what I did not gain in my first TEDx event (as a speaker). I wanted the TEDx Delthorne Women speakers to be listened to and heard for their passion around issues that face women,” stated Ferguson.

The event was both well attended and received. With the success of the TEDx event, many other people of color in attendance have been empowered to speak at professional conferences throughout 2019. It’s great to see people of color leverage powerful platforms that help people tell their stories, I only hope that others follow in Ferguson’s footsteps.