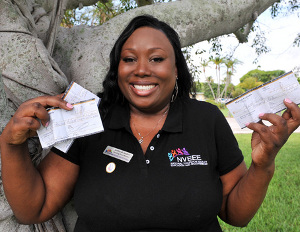 CNBC is currently accepting submissions for an upcoming reality series titled “The Big Fix.” In this new series, self-made millionaire and CEO Marcus Lemonis will invest up to $2 million of his own fortune into small businesses, in an attempt to turn them around. CNBC will film the extreme makeovers, as Lemonis invests time, experience and up to half a million dollars in each business selected for the show.

Lemonis is no stranger to television. He’s appeared on ABC’s Secret Millionaire and past seasons of Donald Trump’s Celebrity Apprentice. He explained his reason for doing the show in a printed statement saying, “Anyone can make it look like they’ve fixed a business on TV by blindly slashing jobs and overhead, but that doesn’t work for me. It’s the art and science of reworking a business with skill, finesse and humanity, along with preserving and protecting the labor force, that keeps me in the game, and that made me excited to do The Big Fix.”

Lemonis is the Chairman and CEO of Camping World & Good Sam and has been recognized as the 2007 “Newsmaker of the Year” by RV Business Magazine. He was also named one of Crain’s Chicago “40 under 40” in 2005 as well as the 2008 Ernst & Young “Entrepreneur of the Year.”

The show is open to small-businesses from anywhere in the U.S. in need of a turnaround. To apply, business owners should send an e-mail describing their background and current situation to casting@iconiccasting.com by February 22, 201