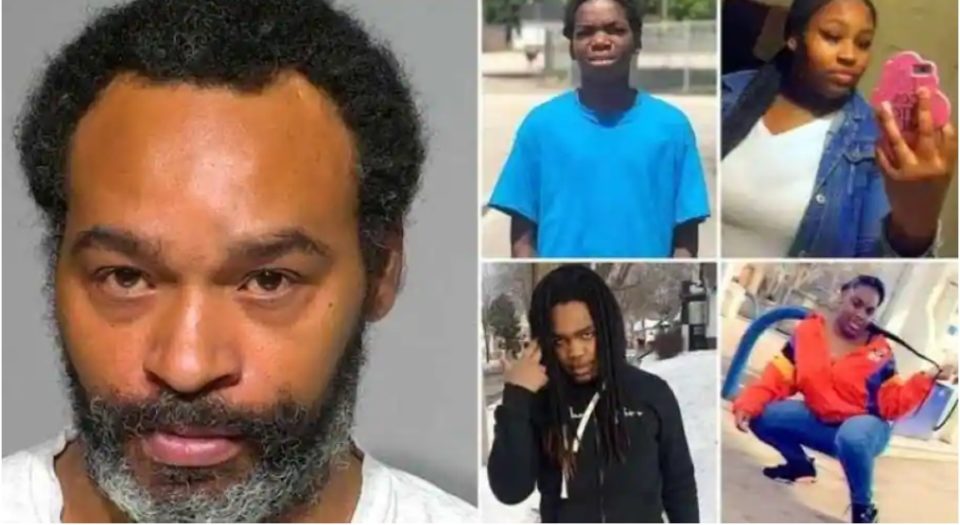 A Black man in Wisconsin has been sentenced to 205 years in prison for killing five members of his family after he confessed to the murders.

According to the Milwaukee Journal Sentinel, on Tuesday Milwaukee County Judge Michelle Havas sentenced 44-year-old Christopher P. Stokes to 205 years for the crime of killing Marcus Stokes, 19, Demetrius Thomas, 14, Tera Agee, 16, Lakeitha Stokes, 17, and Teresa Thomas, 41, in April 2020. The judge sentenced Stokes to 40 years in prison for each of the five counts of first-degree reckless homicide that he pleaded guilty to, plus an additional five for illegally possessing a gun as a convicted felon.

Fox 6 Milwaukee also reported that, prior to his sentencing, Stokes was given an opportunity to speak to the court.

“Don’t know what in the world came over me. Woke up and just had blood on my mind. Something just wasn’t going right. It was, I don’t know,” Stokes stated. “The reality is, I can’t take it back. I did the ultimate sin…I deserve to be locked up. I deserve everything I get. I’m not asking for no leniency or anything like that. I deserve it. No one in the world should have done what I did.”

Stokes’ attorney asked the judge to give his client only a 35-year sentence. He also stated that Stokes sought mental health treatment in early March 2020, but those sessions couldn’t take place in person and it switched to over the phone once the coronavirus pandemic hit. Although Stokes had undergone treatment that was related to his mental health last June, he was later found competent for trial.

According to the prosecutors, Stokes placed a call to 911 on the morning of April 27, 2020, and told dispatchers he “just massacred my whole family” in a home along the 2800 block of North 12th Street.

Police think the shooting may have occurred about 5 a.m., based on neighbors who said that they heard a “booming” noise during the overnight hours.

When police got to the home, they found Stokes sitting outside the home with the 3-year-old grandchild of Stokes and Teresa Thomas. The 3-year-old was the only person not shot. Prosecutors stated on Tuesday that the grandchild witnessed the killings and was spared after he asked Stokes not to hurt him.