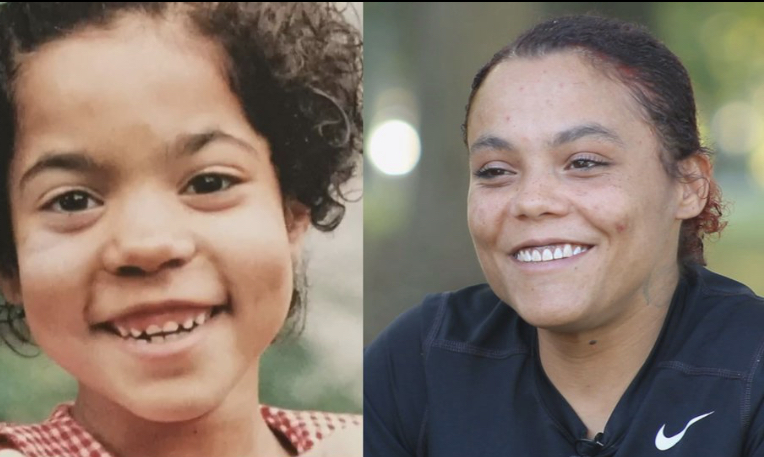 An Indiana woman says she has DNA evidence to prove she is Brittany Renee Williams, a 7-year-old girl who went missing two decades ago.

Some 21 years ago, a little girl named Brittany went missing from her home in 2000. She was being treated for AIDS and lived with a woman named Kim Parker who ran an independent foster home. But Brittany did not show up to school and she never made it to court hearings.

Police searched for the little girl, digging up Parker’s backyard, but found no sign of Brittany.

“You all weren’t looking in the right state,” she said aloud to herself, commenting on the search for Brittany Williams.

Stevenson said she does not remember much about her childhood.

“The room I used to be in was like a pastel-pink type room,” said Stevenson. “I will always remember this one little boy who was in a wheelchair. He was non-verbal. He was a sweetheart.”

Her foster mother, Kim Parker told police she sent Brittany to live with two women in California. However, police said that was not true.

Parker was indicted on 73 counts of fraud, accused of taking $24,000 in government benefits intended for Brittany, according to court documents. Parker ultimately took a plea deal to spend 10 years behind bars.

“I don’t remember a lot because so much was going on that … especially when you’re young … you can’t understand,” said Stevenson.

But one detail Stevenson says she can remember is the name “Brittany.”

“I did remember the last name ‘Williams.’ For some reason, it’s implanted in the back of my mind,” she said.

But when she looked up missing children, she saw a photo of Brittany.

“And Brittany Renee Williams’ photo popped up,” said Stevenson. “I woke my wife up out of her sleep and was like, ‘This is me! I know me when I see me. This is me!’”

“From the hairline to the ears, to the smile, to the chin,” said Ladajah Kelly, Stevenson’s wife. “Even the mole on her neck … I started putting the pieces together that that was really her.”

But despite looking like Brittany, Stevenson says she didn’t get answers from her adoptive parents about her adoption. Stevenson’s birth certificate does not match the birthdate of Brittany Williams. Stevenson said she has not yet been able to get hold of adoption documents.

When asked, “When you look at the missing person flyer, what do you think about that little girl?” Stevenson responded: “That little girl went through a lot, but she survived, and everybody thought otherwise. She’s still here. She is me, and I am her. And so many people tried to break me down to where I was nothing. But every time, I got back up and decided to keep fighting, keep pushing. Got through with my smile.”

According to News12, multiple sources confirm that Henrico Police and FBI agents are testing Stevenson’s DNA with the only other daughter of Rose Marie Thompson. Stevenson said Indiana FBI agents did take a DNA sample from her in person.

“I don’t have AIDS at all,” said Stevenson, who says she’s donated blood and had blood work completed multiple times in her life.

Police are currently investigating the case.

“This case is active, and we are working with our federal partners,” said Lt. Matthew Pecka, a spokesperson for Henrico Police.