Women of Power: An Educator Educates 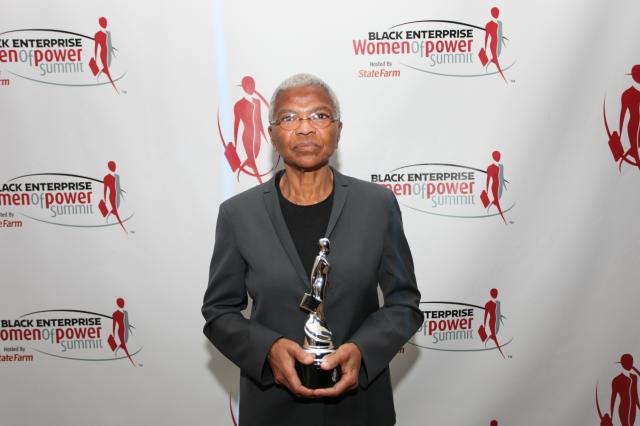 Of course, we are all elated to see President Barack Obama serve as our new fearless leader, but Berry just wanted us to question why First Lady Michelle Obama isn’t the president of the United States. The educator went on to say that she suspects the country probably wouldn’t accept her in such a role. Is she right? And if so, what would it take for such a talented, well-respected, capable individual (who just happens to be a woman) to be elected president of this male-dominated free world? Berry pretty much provided a simple yet well involved answer: it all starts with you. And to that is focusing on you, rather than what others may think. Berry says she doesn’t have a defining moment where she shed such thinking–because it was never there in the first place. “I can’t think of any magic moment when it happened,â€ she admits. “I hadn’t really cared very much about what people thought for my whole life.â€

Born into poverty and poor circumstances, Berry says she never had any real expectations. The former presidential watchdog allowed life to take its course, plotting her path along the way–something she challenges us all to do.

I had the opportunity of speaking with a fellow attendee, Nkechi Olisemeka, who agrees with this practice of quieting your surroundings and your voice in order to listen. “We ignore our gut because we’re so ambitious,â€ says Olisemeka. And she adds that being at the summit offers women the chance to carve out that time, “allowing you to reevaluate and think, ‘Where should I be?’ ”

Of course, it may seem like a loaded question but if we just take the time to start that inner dialogue to discover where we want to be regardless of what others may think, we’ll realize that yes we (and First Lady Michelle Obama) can, really.

The Women of Power Summit runs Feb. 11-14 at the Ritz-Carlton, Grande Lakes in Orlando, Florida.