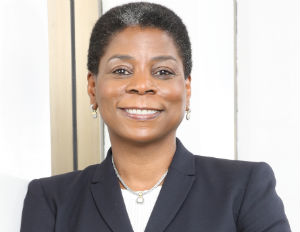 Rosalind Brewer is the President and Chief Executive Officer of Sam’s Club, making her the first woman and first African American to lead a Walmart division. Brewer is an advocate for Sam’s Club’s numerous small business members and she also focuses on e-commerce growth to better convenience the customers. She joined Walmart in 2006 as Regional Vice President, overseeing operations in Georgia. Before Walmart, Rosalind Brewer worked at Kimberly-Clark Corp. for 22 years, climbing her way to President of the Global Nonwovens Sector in 2004. She’s an HBCU alum with a bachelor’s in chemistry from Spelman College. Later she entered the advanced management program at The Wharton School and graduated from Director’s College at the University of Chicago School of Business/Stanford School of Law.

FacebookTwitterYoutube
← Women of Power: 8 Female Executives Who Attended Ivy League Schools ← You Decide: Has This Black Sports Journalist Proven He Is The Undefeated?
×