Why I Wonâ€™t Defend Kevin Gates 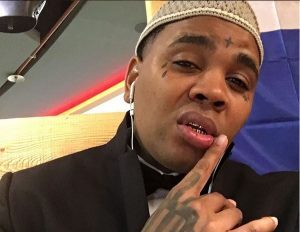 “Boys shouldn’t hit girls.â€ It’s something I heard a lot growing up. Boys can play rough with each other, but boys just don’t hit girls. Parents teach their sons that hitting a girl was plain wrong, and there are no exceptions to this social standard. It doesn’t matter whether things get heated at the playground, or if she’s in your face during an argument–or at a rap concert.

On Thursday, October 27,Â Kevin GatesÂ received six months in jail for assaulting a female fan. According toÂ TMZ,Â the rapper was found guilty of battery, stemming from a 2015 incident at a Florida club, in which he brutally kicked a fan in the chest while onstage. In the video, which is admittedly difficult to watch, the fan appears to grab at his shorts, and he kicks her.

Gates sympathizers have rallied behind him, pointing to the fact that the judge was overly punitive. The prosecutionÂ recommendedÂ only 60 days in jail, yet Brock Turner, the white teenager who was charged with felonyÂ sexual assault for raping a young woman, onlyÂ receivedÂ 90 days. There’s no doubt that our justice system is flawed. There are definitely biases against young black and brown men, inconsistencies across state laws, and—hell—some judges just don’t like rappers and choose to make an example of them.

Kevin Gates is a grown man. He has a wife. He is aÂ father. As a decent human being, he should know is that violence is wrong, at the very least. It would be one thing if he was assaulted by 10 goons in a dark alley, but this was one girl who grabbed onto him, while he was standing onstage during a concert. Can we really say that his punishment fit her “crimeâ€?

This article was written by Sowmya Krishnamurthy.

BET.com is your home for all the latest celebrity, music, fashion, entertainment and African American news.