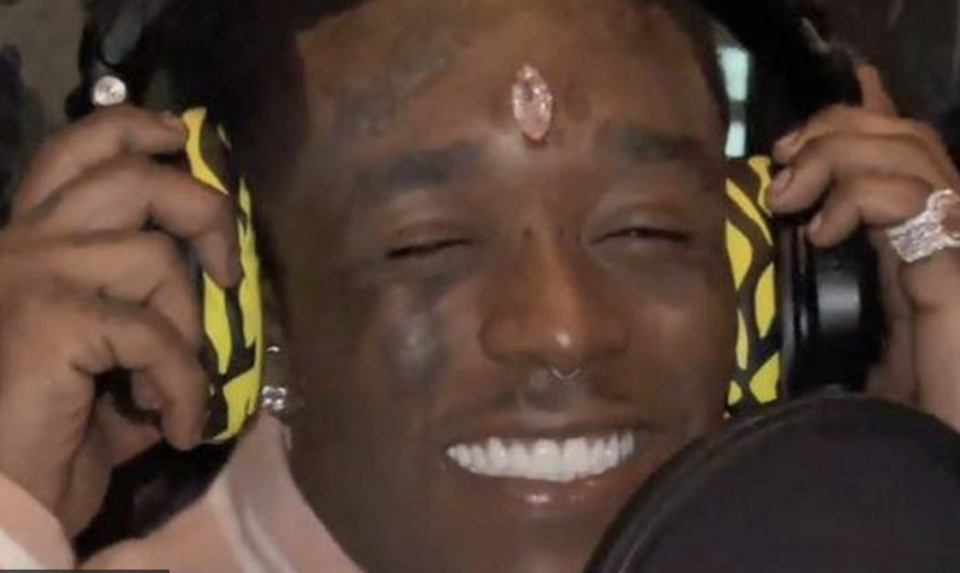 Rapper Lil Uzi Vert came clean about his infamous $24 million implanted pink forehead diamond being snatched out after he jumped into a mosh pit at Rolling Loud Miami.

The incident happened in July, according to TMZ. “The Way Life Goes” rapper chopped it up with the gossip site as he made his way into Jay-Z’s 18th-anniversary party for the 40/40 Club in New York City last weekend.

“I had a show at Rolling Loud, and I jumped into the crowd, and they kind of ripped it out,” Uzi told TMZ. “I’m feeling good. I still have the diamond, so I feel good.”

The tale Lil Uzi Vert gave didn’t make sense to fans. TMZ reported that the pink gem had been noticeably absent from the rapper’s cranium since June. He had the diamond implanted in February, and he finally finished paying off the massive rock.

Reactions from Twitter pretty much summed up what we were all thinking upon hearing the tale. This sounds like rich people’s problems.

Lil Uzi Vert fans when they say him and that diamond pic.twitter.com/pg7DqkYsqT

it was me, i ripped the diamond out of @LILUZIVERT’s forehead pic.twitter.com/qtk543kSqK

Lil Uzi vert getting his diamond removed like the soul stone pic.twitter.com/tUPRFr1eqW

FacebookTwitterYoutube
← Precious Stephens, A Former Emergency Dispatcher, On The Run After Hanging Up On 9-1-1 Callers While On Duty ← Meet Cheers, The Alcohol Supplement That Cuts Hangovers In Half
×