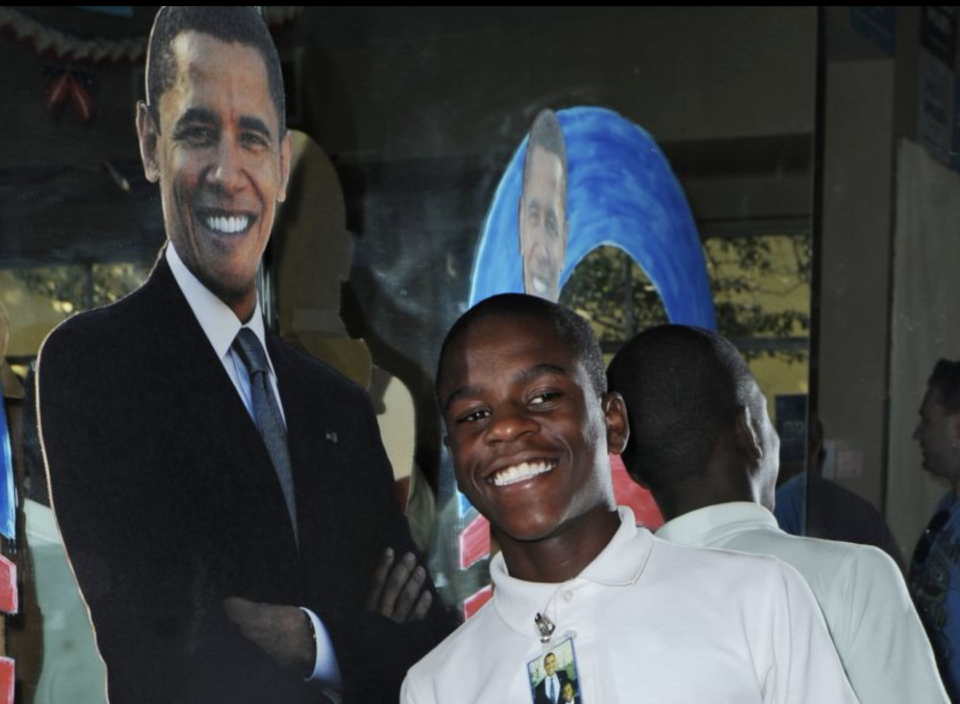 A brave young man, who became the youngest person in the world to interview a sitting president, has passed away at the tender age of 23.

His sister, Candace Hardy, told the Palm Beach Post that Damon Weaver died on May 1 from natural causes. In August 2009, a then-11-year-old boy from Pahokee, Florida, was thrown into the national spotlight when he was selected to interview former President Barack Obama as a student reporter.

Weaver, a pupil at Canal Point Elementary School, met with the commander-in-chief for 10 minutes at the White House in the Diplomatic Room.

It was Weaver’s candor and downhome charm that touched America’s and the leader’s hearts. The little boy asked Obama 12 questions ranging from education and bullying. In a touching moment, Weaver asked the president if he would be “his homeboy” after extending the charismatic man an invitation to Canal Point. Former Vice President Joe Biden had already accepted the little boy’s offer.

Hardy spoke about the unforgettable moment her brother experienced, saying, “It was a one-in-a-lifetime experience. That’s the only way to describe it. … It was life-changing for him.”

She also described her brother as outgoing and well-liked.

“He was loved by everyone. No matter if it was a stranger, his mom or a family member, he was just a ball of light with so much energy… He left an impact on a lot of people.”

The experience with Obama led to Weaver interviewing other notable figures like Dwyane Wade and Oprah Winfrey.

In a 2015 interview with the  Palm Beach Post, the young man said, “Dwyane Wade was impressive, and he gave me good advice. He told me to stick with my dreams. And he told me that I’m a ‘cool’ person.”

After Weaver’s moment in the spotlight, he lived in West Palm Beach, where he graduated from Royal Palm Beach High School. He was pursuing his journalism dream via a scholarship to Albany State University in Georgia. Weaver was studying communications and was returning to the school for the fall semester.

Funeral services were held on Friday.