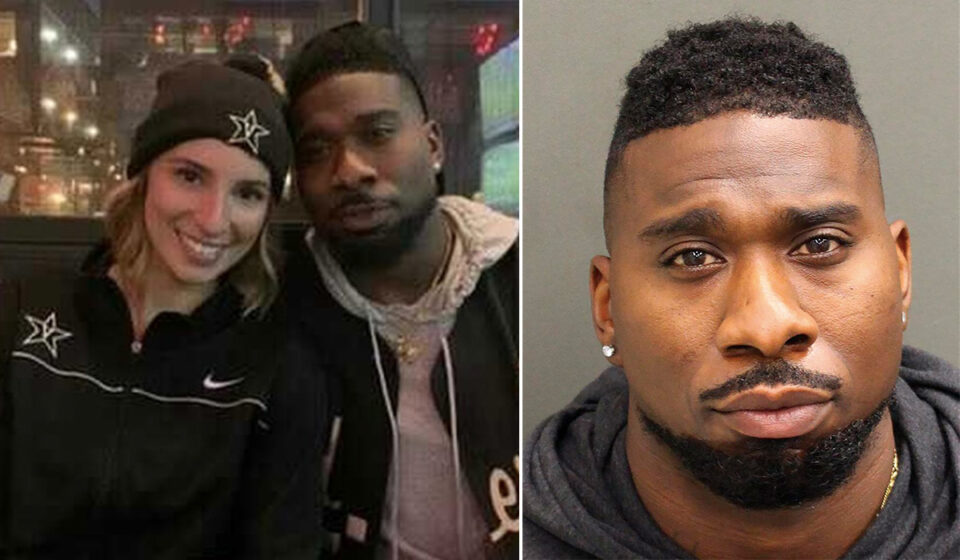 Evans, the same woman seen being viciously attacked by the NFL running back in November 2021, had previously filed for a restraining order in Florida, claiming Stacy flew into a violent rage over rent money last August.

“He physically assaulted me several times because he wanted the money back he gave me for our rent,” Evans wrote in the application.

“He punched my legs, slapped me, picked me up by my arms, and threw me into my window, which broke,” she added. “I had glass in my feet that I removed myself.”

In November, Evans spoke out against Stacy, revealing the alleged physical abuse from the former LA Rams player.

“The physical abuse began in May. I didn’t report it. I was pregnant at the time,” she continued. “I wanted my son’s dad to be there for me and for the birth of his first child. So I forgave him.”

When the shocking video was released of the November attack, Stacy was charged with aggravated battery and criminal mischief. He is now due in court next month for a hearing on the new charges.