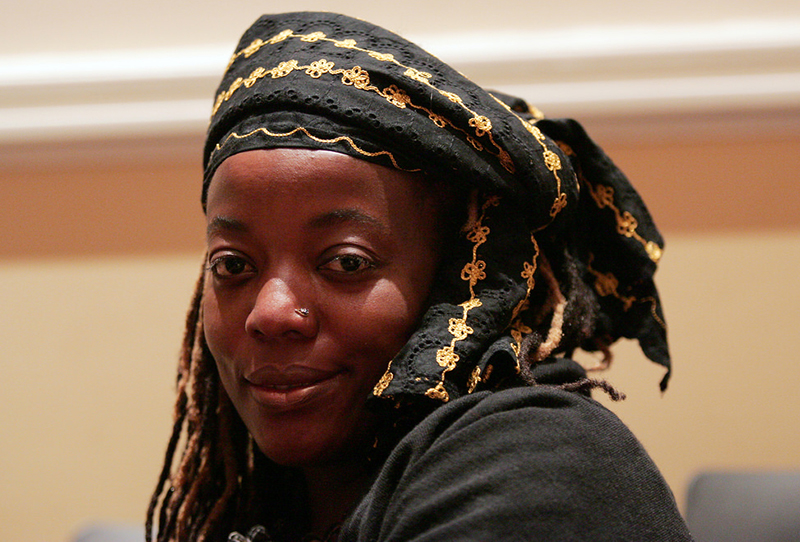 Writer and filmmaker Tsitsi Dangarembga made history on Sunday after receiving the Peace Prize of the German Book Trade.

The Zimbabwean author became the first Black woman to receive the prestigious prize since its 1950 inception, Washington Post reports. Dangarembga called for a “new enlightenment,” while accepting her 25,000 euros ($29,100) prize and noting the racial hierarchy that has led to violence in her native country and across the globe.

“What we can look to is to change our thought patterns word by word, consciously and consistently over time and to persevere until results are seen in the way we do things and in the outcomes of our actions,” Dangarembga said at St. Paul’s Church in Frankfurt.

While presenting her with the prize, the German Book Trade jury credited Dangarembga for being “a widely audible voice of Africa in contemporary literature.” The 62-year-old has used her literary works to serve as a political advocate against oppression in Zimbabwe and worldwide, as noted by African News.

Among her works include her 1988 debut novel, Nervous Conditions, which was included in the BBC’s 2018 list of the 100 most important books that have shaped the world. Her1993 film Neria, is a cultural classic in Zimbabwe. Dangarembga’s latest novel This Mournable Body was nominated for the shortlist of the Booker Prize in 2020.

Throughout her early trilogy of works, the decorated author has told the story of a disenfranchised woman in Zimbabwe trying to fight for her right to a decent life with liberty and freedom. Her consistency in her advocacy for social justice has continued to garner her praise at home and internationally.

“The solution is to undo the racialize and other hierarchical modes of thinking based on demographics such as gender, sex, religion, nationality and class. And any other that were and continue to be the building blocks of empire throughout history and throughout the world,” DangArembga said.