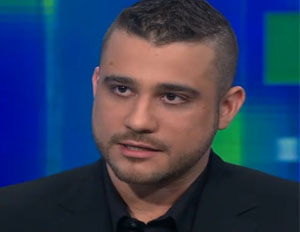 The family of George Zimmerman wants to show the world that he isn’t a racist, and that they are a good family.

The family has made appearance on the Piers Morgan show, and Spanish speaking stations such as Univision.

In a recent post on Twitter, he went on a tirade against Natalie Jackson saying: “I hope God grants you a long life so you live to repent for what you have done.”