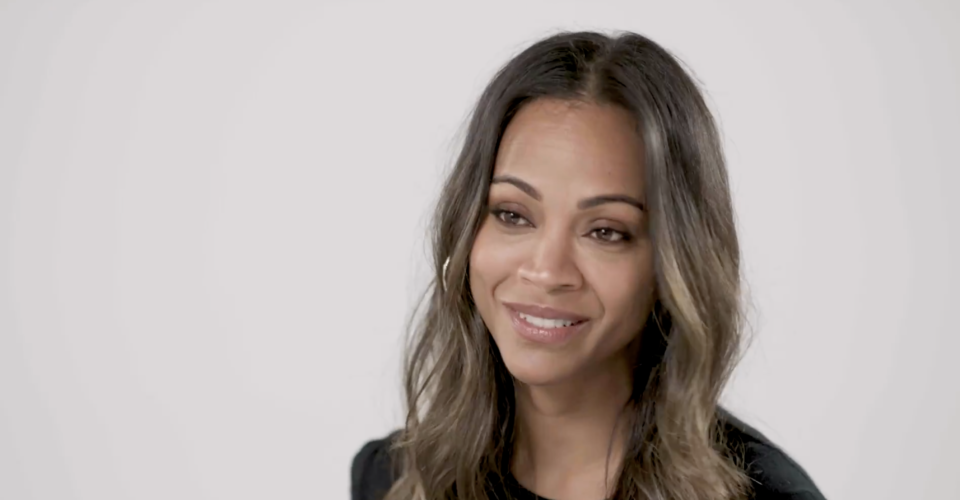 Avatar star Zoe Saldaña spoke with Entertainment Weekly about keeping her name when a previous manager advised her to change it to advance in Hollywood.

“When I did Center Stage, I remember being discouraged by my management at that time to use my name,” Saldaña explained, “but their intention was never for me to stop being who I was. They celebrated who I was.”

She adds, “But my manager at the time was a former singer and a ballroom performer, and she did change her name as well, when she was a teenager back in the ’60s, I believe. And she said it’s what everybody does.”

While the 43-year old actress maintains there was no ill intent behind the suggestion, she admits that it was not the best advice based on today’s standards, “that was her doing the best that she wanted for me, but I still knew that I liked my name.”

Following in Saldaña’s footsteps is actress Thandiwe Newton, who is on a path for self re-discovery, she said to British Vogue for their May 2021 issue that she is reclaiming her name that stems from the African Zulu tribe that means “beloved.”

“That’s my name. It’s always been my name. I’m taking back what’s mine,” said Newton of changing her name back to the original spelling after using Thandie Newton professionally for thirty years, according to IndieWire.

The Adam Project is available for streaming on Netflix.