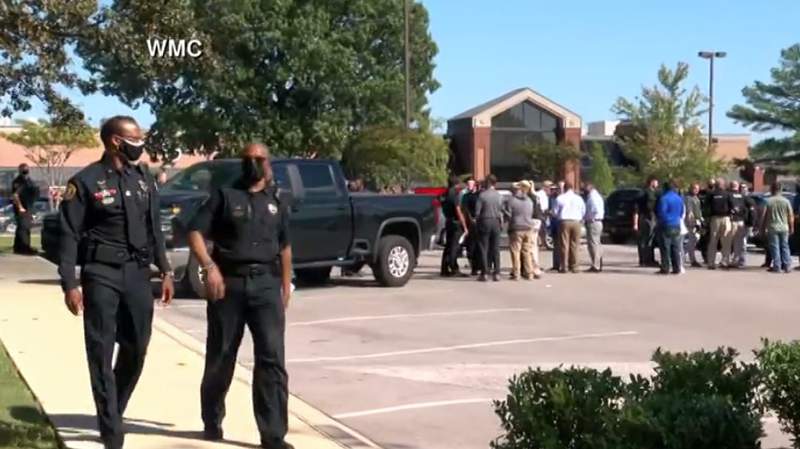 Police said one person died, and at least 14 others were injured in a shooting inside a supermarket in Tennessee.

It happened at a Kroger in Collierville, Tennessee, roughly 30 miles east of Memphis, an upscale suburb.

According to ABC7, Brignetta Dickerson, an employee at the supermarket, said she thought it was just “balloons popping when the shooting started.”

Dickerson was working the cash register when she said the shooting began in the deli section.

She told the outlet she ran with some of her co-workers to hide, but the gunman came right behind them and started shooting.

Police said the shooter was found dead, apparently of a self-inflicted gunshot wound. Some 13 victims were taken to area hospitals, and one person suffered an anxiety attack and went on their own.

“We found people hiding in freezers, in locked offices. They were doing what they had been trained to do: run, hide, fight,” the chief said without elaborating.”

The identities of the shooter and the victims were not immediately released. ABC News reports that a family identified the person killed as 70-year-old Olivia King.

According to the police, no incident led up to the shooting.

“We’re going to carry this thing as far as we can to see and make sure that there’s no else involved,” the police said, adding that there was “no credible evidence” that there was a second shooter.

According to U.S. census figures, Collierville is a growing suburb of more than 51,000 people with a median household income of about $114,000.

A Kroger spokesperson said the Collierville store will be closed until further notice.