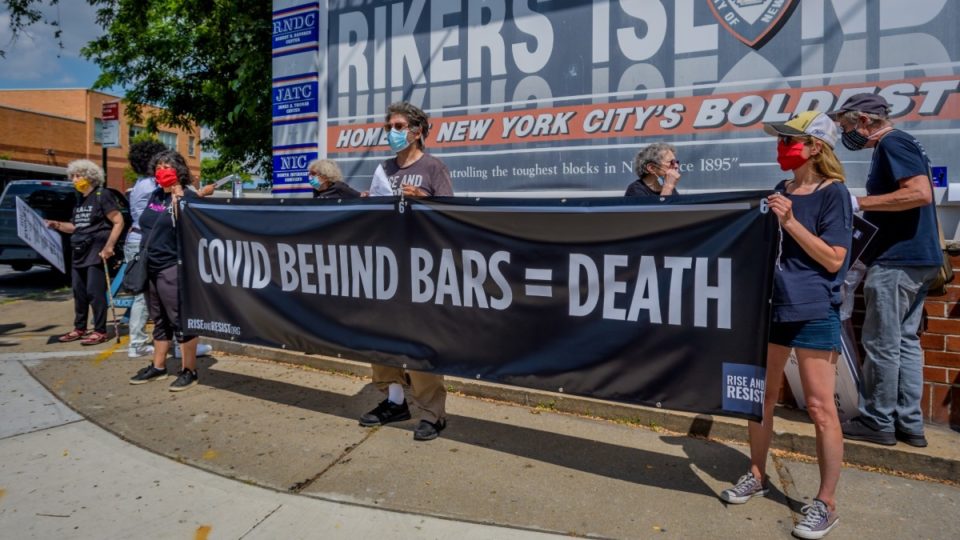 One in every five people incarcerated in state and federal prisons in the United States has caught the coronavirus — a rate more than four times the general population.

According to data collected by the Associated Press and the Marshall Project, at least 275,000 U.S. inmates have caught the virus, 1,700 have died, and new cases in prisons this week have reached their highest level since testing began. Additionally, some believe the actual number of inmates who’ve contracted the coronavirus may be much higher.

Venters stated that he’s conducted more than a dozen court-ordered coronavirus inspections across the country and what he’s seen is astounding and clear neglect of inmates.

“I still encounter prisons and jails where, when people get sick, not only are they not tested but they don’t receive care. So they get much sicker than need be,” Venters said.

The coronavirus pandemic’s impact outside of prison walls in America is well known. America leads all countries in coronavirus cases at more than 17 million, deaths at more than 300,000 and new cases in the last two weeks at more than 2.7 million. Roughly 885,000 Americans also filed first-time jobless clams last week and with the government still debating a second stimulus package millions of Americas are fighting through having no job, no money, no food or a combination of the three.

Donte Westmoreland, who was recently released from prison in Kansas, told the AP he was in an open dorm with more than 100 infected men and regularly found infected men on the floor literally too sick to get up.

“People are actually dying in front of me off of this virus, it’s the scariest sight,” Westmoreland said, adding that it took him six weeks to get through the virus.

Prison workers in some states are being infected by the virus at the same rate as inmates. In Nevada, 2,442 inmates and 561 staff members have tested positive for the virus.